Just four more wins separate Montreal from one of the most improbable Stanley Cup runs in NHL history. The Canadiens had the worst record of any team in the playoffs, but they have pulled off three straight upsets to make it to their first Stanley Cup Finals in 28 years.

Now, the Canadiens are hoping to become the first Canadian team to hoist the Stanley Cup since their 1993 triumph. The defending Stanley Cup champion Tampa Bay Lightning might be Montreal’s toughest test yet though.

The Lightning have a huge talent advantage in this series. They have at least three forwards that are better than anyone on the Canadiens, and Victor Hedman will be the best defenseman on the ice in Game 1. Andrei Vasilevskiy is the first goaltender the Canadiens have faced that can go toe to toe with Carey Price, so back the Bolts on Monday. 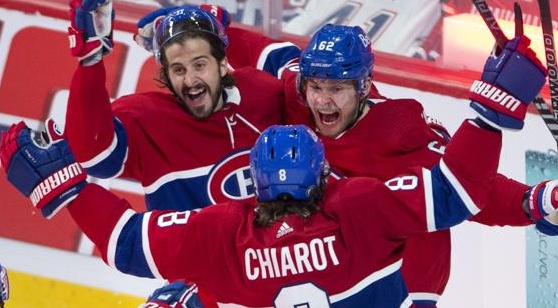 The goal total has gone UNDER in four of the last five meetings between the Tampa Bay Lightning and Montreal Canadiens. (AP)

The Canadiens received some bad news on Sunday morning. Montreal announced that Joel Armia would miss at least the first game of the Stanley Cup Finals. Armia is entering the NHL’s COVID protocol, and there has been no further information regarding how long he will be out or if he has contracted COVID. He is sixth on the team with eight points this postseason, and his five goals are tied with three others for the most on Montreal.

It appears that Jake Evans will re-enter the lineup in his stead. According to reports, Evans skated with the team in Armia’s place on Sunday. Evans has only played in four games this postseason, and he hasn’t been on the ice in nearly a month.

He was the recipient of a vicious hit by Mark Scheifele in the closing minute of Game 1 against Winnipeg. Evans suffered a concussion as a result of the hit, and he has been waiting to return to the ice since clearing the concussion protocol. Reporters saw him skate on the fourth line alongside Eric Staal and Corey Perry, so it’s a good bet that he will be in the lineup on Monday night.

Tampa Bay may be without one of its superstars for Game 1 of the Stanley Cup Finals. Nikita Kucherov was on the receiving end of an uncalled cross-check by the Islanders’ Scott Mayfield early in Game 6 that caused him to miss the rest of the game.

Kucherov was on the ice for Game 7 of that series, but he wasn’t the same player. He looked visibly pained, and he lacked the explosiveness that has led to him being the top scorer (27 points) so far this postseason. Jon Cooper might decide to give one of his stars some time off in order to recuperate since this figures to be a grueling series.

Brayden Point saw his scoring streak come to an end in Game 7 of the Stanley Cup semifinals. Point had scored a goal in nine straight games prior to being shut out against the Islanders. His 14 goals this postseason is six more than any other player, so the Lightning are still in good shape with Point on the ice even if Kucherov is out or not at full strength.

Arguably the biggest key to this series is what happens when Tampa Bay is on the power play. The Lightning have the second-best power play of any team this postseason, converting on 37.7% of their chances. Point has seven goals on the man advantage, while Kucherov, Steven Stamkos, and Alex Killorn each have four goals.

Meanwhile, the Canadiens have posted the best penalty kill numbers in the postseason since the lockout. Opponents have converted just three of their 46 power play chances against Montreal. The Canadiens didn’t allow either Winnipeg or Vegas to score a power play goal, and they haven’t allowed a team to score on the man advantage since Game 4 of the Toronto series.