The English Premier League, the top league in the United Kingdom, resumes play after a three-month hiatus due to the COVID-19 global pandemic situation. They follow in the footsteps of Germany's Bundesliga, which has been playing for several weeks, and Spain's La Liga, which recently resumed play on the Iberian Peninsula after an equally lengthy pause period.

When Man City and Arsenal hook up at Etihad Stadium in Manchester it is expected that Pep Guardiola's side will be entirely fit, with no noticeable omissions due to injury. That's great news for the heavily favored home side. While we've seen that playing at home doesn't necessarily matter, especially in Germany, the home side is a strong favorite for a reason. They're healthier, and they're just the better club on paper heading in. 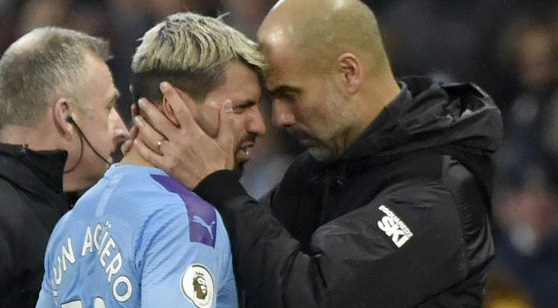 Pep Guardiola and Manchester City will restart its 2019-20 season on Wednesday when it meets Arsenal in a Premier League match. (AP)

Arsenal has been very marginal this season, and they have settled for an awful lot of draws. Their 13 tie games this season is the most in the EPL, tied with the sixth-place Wolves. The good news is that Arsenal has tasted defeat just six times, tied for the second-fewest amount of setbacks in EPL play. The bad news is that they have posted just nine victories, one of eight clubs who failed to reach double-digit wins before the pause button was pressed.

As far as Pep Guardiola's bunch, as mentioned above, they're worry free as far as injuries are concerned, and that's bad news for the rest of the EPL. Assist man Kevin De Bruyne is back from injury, and he'll be looking to work his magic in his return to the pitch. The Belgian just gives Man City one of the most clever set-up men in the game, and that will help them as they look to hold off Leicester City and Chelsea in the table.

It's been a rough go of it lately for Arsenal against Man City, as they have been outscored 17-2 across the past six meetings, losing each. Manchester City has found the back of the net at least twice in all six of those meetings, and they have bagged three total goals in five of the outings. For a rivalry, it just hasn't been really close lately. We'll see if Man City is able to find the same kind of energy at the Etihad with a quiet stadium with no fans in attendance.

Manchester City (-295) is just too expensive on the 3-way line, as there is no way to justify risking nearly three times your potential return. However, I expect this to be a rather nip-and-tuck affair, something we just haven't seen in recent meetings.

That's partly due to the rust factor, as neither of these sides have played a game in three months. It's also partly due to the strange atmosphere for both teams, as they'll have a bit of an adjustment period until this becomes the norm. As such, taking Manchester City to win by 1 (+310) is quite an attractive play in what should be a close battle.

The under hasn't been the norm in games for Manchester City, particularly against Arsenal. However, again, look to the rust factor, as they could have some difficulty finding the back of the net early on. A total of three goals wouldn't be a shock, but anything more would be a bit surprising.

For Man City, Aguero (-176) is the chalk to net a goal in this one at any point. In 22 games he has logged 16 goals with 60 shots, and he is a good play to find the back of the net again. For Arsenal, they haven't scored very many goals this season. However, when they do get on the board, Aubameyang (+175) has bagged 17 goals in his 26 contests, or 42.5 percent of their overall total offensive production.