The 2020-21 UEFA Champions League group stages continue this week with Matchday 3 action and there will be 16 games scheduled for Tuesday Nov. 3 and Wednesday Nov. 4.

After the Matchday 2 action, the oddsmakers have adjusted the future odds on all 32 clubs.

Along with eight top-rated selections for Matchday 3 below, I've also added my score predictions for the 16 games.

Manchester United have struggled badly in the league, especially at home.

This match is neither of those; United have actually won their last 10 competitive away games, including a Champions League win at PSG on the opening night of this year’s group stage.

Istanbul Basaksehir are yet to find the net in their first two games and are languishing in mid-table in the Turkish league.

United have a deep enough squad to be able to field a strong team here while still rotating. They should win this match with relative ease.

For all the glittering attacking signings Chelsea made in the summer, the signing of Edouard Mendy from their opponents on Wednesday, Rennes, may be the most important.

Mendy has conceded only once in six games and looks extremely secure between the sticks. This in turn has given confidence to Chelsea’s often jittery defence.

Rennes have scored only once in their first two games in the group stage and may draw another blank here. They are without talented young midfielder Eduardo Camavinga for the trip to London.

Chelsea, like United, can rotate their squad without weakening too much. They put in their best performance of the season with a 3-0 win at Burnley last time out, and their good form can continue here.

TIP: BORUSSIA DORTMUND TO WIN AT 4/6

Club Bruges could only draw with a massively weakened Lazio side on matchday two, and they don’t look good enough to keep Borussia Dortmund at bay here.

Bruges have dominated the Belgian league in recent years but have made a patchy start this season and sit third, having lost three times already.

Dortmund, meanwhile, are strong as ever. They have won five league games in a row. Their defence has been particularly impressive, conceding just twice in Europe’s most attacking league.

Bruges are not the force they were last year and Dortmund should win.

Sevilla have been defensively superb in the Champions League so far. They did not allow Rennes a single shot on target in their 1-0 win last time out, and also limited Chelsea to hardly any chances in the opening round’s 0-0 draw.

Krasnodar are worse than both those teams. Although they were slightly unlucky to lose 4-0 to Chelsea in their last game, they looked easy to cut through.

Sevilla have been patchy in La Liga this season but are European specialists. Krasnodar, meanwhile, are still without a lot of first teamers and are in mid-table in Russia.

Group B is shaping up to be the most interesting of this year’s Champions League group stage, with big guns Real Madrid and Inter Milan both failing to win their opening games.

That leaves a great chance for either Shakhtar or Gladbach to qualify.

Shakhtar beat Real Madrid on the opening matchday, but their league form has been rather patchy and with four points on the board they might be satisfied with a point here.

Gladbach also performed ably against Real, drawing 2-2 having led for much of the game.

They have made a good start to their Bundesliga season, but look a bit short at 23/20 - Shakhtar’s home record in Europe is excellent.

A draw is 11/4 and would be a decent result for both sides.

Real Madrid need to beat Inter Milan here and at a shade of odds-on they are just about value to get the job done.

Although their Champions League form has been poor, they have done well in the league, beating Barcelona 3-1. They come into this match on the back of a convincing 4-1 win over Huesca.

Antonio Conte’s Inter never quite convince in the Champions League, and have only won three times in Serie A this year, out of six games.

Real simply have more firepower than Inter and can finally get their Champions League campaign running with a win.

Liverpool have a great ability to grind out wins, but Atalanta pose a unique challenge and I can see the English champions slipping up.

Despite their great displays in Europe over the last three years, Liverpool’s group performances have been variable.

They have struggled badly away to Napoli in those years, and this Atalanta side are stronger. Liverpool have conceded the second most goals in the Premier League this year, despite being top.

Atalanta were Serie A’s highest scorers last year, and the visitors’ defence is bound to struggle without Virgil van Dijk.

FC Porto performed impressively away at Manchester City on the opening matchday before efficiently disposing of Olympiakos 2-0.

Olympiakos deservedly beat Marseille in their first game and look value to finish ahead of them, so Porto at 5/6 are an excellent bet here.

Marseille are without a goal in their opening game and barely laid a glove on Manchester City in a 3-0 home defeat. They have scored only 11 goals in their eight Ligue 1 games this season.

Porto can win this game - very likely keeping a clean sheet in the process. 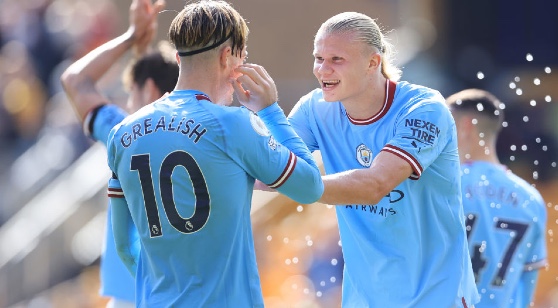