Heading into Matchday 29 Monaco and Niko Kovac sit in 4th position on the league table with 55 points won from their 28 games played while Lille and Christophe Galtier have won 62 points and placed 1st on the table.

The clubs are separated on the league table by 3 places and 7 points with 28 matches played so far this season.

ESPN+ subscribers can watch Lille vs. Monaco on Sunday plus plenty of other Ligue 1 action.

Monaco claimed a win against in their previous match, giving them a form run of W,L,W,W,D and a total of 10 points from their last five matches.

Meanwhile, Lille had a win against in their most recent match and in their last five matches have now claimed 10 points with a form run of W,W,D,L,W.

Considering home and away form, Monaco have won 13 points in their last five matches at Stade Louis II, Monaco.

Lille have collected a total of 12 points in their last five contests away from their home stadium.

Previous to this match, Monaco and Lille have met a total of 39 times.

Monaco have won a total of 15 matches against the visitors, while Lille have claimed a total of 12 wins.

Matches between the teams have been drawn 12 times.

In their last game, Monaco got the win and earned three points.

This week Monaco will be thinking about one thing only, Lille.At the conclusion of their previous match, Monaco find themselves ranked in position 4 in France’s Ligue 1.

Monaco won their last game, and they can now win another when they face Lille.

Meanwhile, Lille won its last game. Now Christophe Galtier’s squad will be fully focused on facing their next opponent, Monaco.

After their last game, Lille ‘have now won 62 points in France’s Ligue 1. 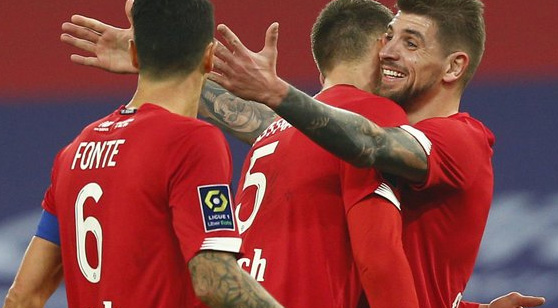 Lille has been a great bet on the road this season, going 9-3-1 and the defense has only surrendered nine goals. (AP)

Lille are two points clear the top of Ligue 1 and face a major test at Monaco to stay top of the table.

They have only lost twice in the league all season and look underrated ahead of this clash.

They have been defensively solid in their biggest tests this season. In their seven matches against the current top six they have conceded only four goals.

Monaco have lost only once all season but suffered a morale-sapping loss to Strasbourg last time out. They struggled to create chances, and one goal for Lille might be enough.