Heading into Matchday 29 Lorient and Christophe Pelissier sit in 17th position on the league table with 27 points won from their 28 games played while Nice and Adrian Ursea have won 35 points and placed 11th on the table.

The clubs are separated on the league table by 6 places and 8 points with 28 matches played so far this season.

ESPN+ subscribers can watch Lorient vs. Nice on Sunday plus plenty of other Ligue 1 action.

Lorient claimed a loss against in their previous match, giving them a form run of L,D,W,L,L and a total of 4 points from their last five matches.

Visitors Nice had a loss against in their last contest and have claimed a total of 6 points from their last five matches to give them a form run of L,W,W,L,L.

Examining home and away form, in their last five matches at Stade du Moustoir, Lorient have earned 12 points.

Their opponents Nice have claimed 6 points in their last five times playing on the road.

Previous to this match, Lorient and Nice have met a total of 28 times.

Matches between the teams have been drawn 8 times.

After their last game, Lorient now has 27 points in Ligue 1.

Lorient will approach this match with a positive mindset despite losing their last game.

Taking a look at the tstanding table, Nice fans can see that their club now has 35 points in Ligue 1.

Nice will certainly have amitions of avoiding another loss in this match and beat Lorient. 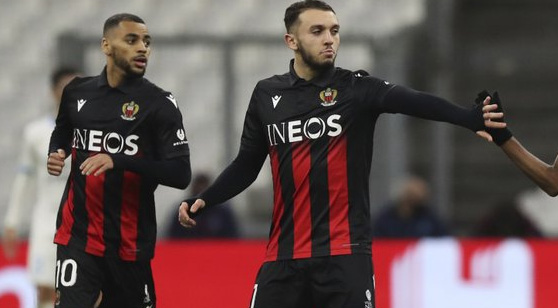 Nice has been a great 'over' bet on the road, seeing three or more goals scored in their last five games away from home. (AP)

Lorient are just one place above the Ligue 1 relegation zone but their performances suggest they are too good to go down.

They beat PSG 3-2 in Mauricio Pochettino’s first match as PSG manager and their home games have tended to be entertaining, with the last eight games yielding 32 goals.

This should be a high-scorer.

Nice have pushed themselves clear of danger with back-to-back wins and can play with a bit of freedom.

All their last five games have seen both teams scoring, so that kind of bet is the way to go here.