Only six points separate 12th placed Reims and 7th placed Rennes, but that is not a true measure of the gap in quality between the two sides.

The expected goals stats have Reims as the second worst team in the league, while Rennes have become regulars in Europe over recent seasons.

However Reims have pulled themselves clear of danger with a run of seven games without defeat. Five of those fixtures were draws, and only one of their last 11 games has seen three goals or more.

Rennes are not great at converting their chances, so while they should dominate the match, a draw looks likely. 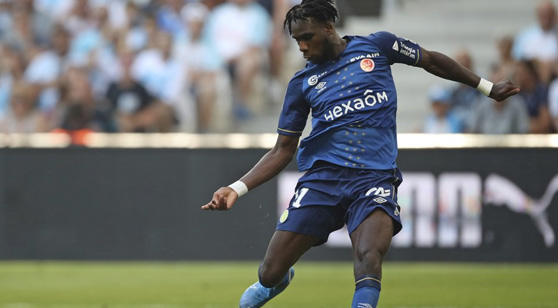 Reims is unbeaten in its last six league matches (4-2-0) but a lack of offense has results in four draws. (AP)

Entering Matchday 31 David Guion and his Reims team are placed 12th on the league table having collected 38 points from their 30 games while Bruno Genesio and his Rennes side sit with on 44 points this season placing them 7th in the league.

The clubs are separated on the league table by 5 places and 6 points with 30 matches played so far this season.

ESPN+ subscribers can watch Lorient vs. Nice on Sunday plus plenty of other Ligue 1 action.

Reims claimed a win against Dijon in their previous match, giving them a form run of W,D,W,D,D and a total of 9 points from their last five matches.

Meanwhile Rennes had a win against Metz in their most recent match and in their last five matches have now claimed 6 points with a form run of W,W,L,L,L.

In their last five matches played at their Stade Auguste Delaune, the hosts Reims have now won a total of 4 points.

Meanwhile, playing away from home their last five times, Rennes have earned 3 points.

Reims vs Rennes Head To Head

Previously Reims and Rennes have met for a total of 16 matches.

Reims have won a total of 9 matches against the visitors, while Rennes have claimed a total of 5 wins.

Two matches between the teams have ended drawn.

In their last game, Reims got the win and earned three points. Dijon was the opponent of David Guion's men. At the end of the game, the final result was 1 - 0. While facing Dijon, Reims had 46% of ball possession.

Looking at shots on goal, Reims, in its previous game, shot 8 times on target and in the same game, David Guion's men gave up 12 shots.

Meanwhile, Rennes earned 3 points in winning their last match. In that match, Bruno Genesio's men faced Metz. After 90 minutes, the score was 3 - 1. Stats against Metz, shows that Rennes had 49% of ball possession.

If we take a look at the odds for this match between Reims and Rennes we see that the bookmakers have Rennes as favourites to get the win.