Atalanta and Juventus are fourth and third in a tight battle for the top four in Serie A, and both sides may be happy to settle for a draw in one of their hardest remaining fixtures.

Atalanta are in great form with four consecutive wins, scoring 11 goals in the process, but Juventus know how to defend better than almost anyone.

Five of the last seven meetings between the sides has ended level, and it is difficult to see either side going too hard for the victory if the scores are level going into the final 20 minutes. 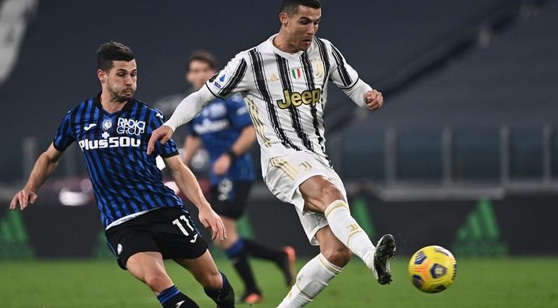 The draw is on a 4-2 run in the last six meetings between Atalanta and Juventus, which includes a 1-1 result in early December. (AP)

A battle betwen the third and fourth place clubs in Serie A will highlight the top-flight league in Italy on Sunday.

Another way of looking at this game is "Offense vs. Defense" as Atalanta has registered a league-best 71 goals on the season but Juventus is tied for the best scoring defense, surrendering just 27 goals in 30 games.

However, Milan is in second with 63 points so a runner-up for the season is certainly up for grabs.

Atalanta has found its league form again, winners in four straight and the offense has posted 11 goals during this span.

Meanwhile, Juventus enters this game off back-to-back victories (3-1, 2-1) but a tepid road record of 6-6-2 doesn't create confidence for many.

Placing draw bets has been a sound investment in this series with ties occurring in four of the last six and three of the previous four encounters.

ESPN+ subscribers can watch Atalanta vs. Juventus on Sunday plus plenty of other action in the Serie A this season.

As far as the bookmaker's are concerned, the home squad is favored and the total is only 2.5 but shaded heavily to the 'over' here.