Arsenal are on a great run of form at home and look in a much better position to face City than when the sides met in August - City won that game 5-0. However the Gunners are still yet to make an impact in any of their most difficult matches this year and City have now won ten games in a row.

That said, City’s tough away games have been relatively low-scoring - think of the 1-0 loss at Spurs and the 1-0 win at Chelsea, and they have had very few rests during the Christmas period. Arsenal look improved defensively and can keep the score down.

Tottenham’s improvement under Antonio Conte stalled as they failed to get past 10-man Southampton in midweek, drawing 1-1. But their performances have seen a notable upturn and they should have too much for Watford at Vicarage Road.

The Hornets were dreadful in a 4-1 loss to West Ham. It was their first match for 18 days but the rest did not seem to have done them any good and they have now lost seven of their last eight league games. They still have a good attack that might get them out of trouble though, so a bet on Spurs to win a relatively high-scoring game looks the way to go. 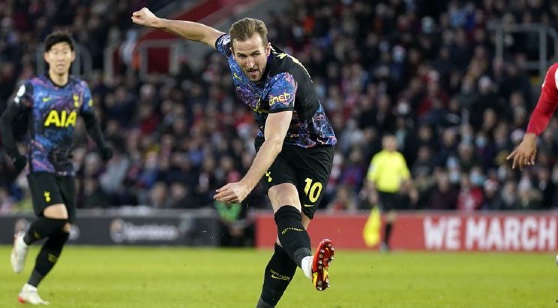 Harry Kane has been the game's first goal-scorer in two of his last three PL matches. (AP)

Brentford went into their match against Man City with a completely depleted squad and managed to come away with a creditable 1-0 defeat. The Bees have one of the best defensive xGs in the league outside the top three and Villa will find it hard to break them down despite their injuries.

The visitors had a midweek rest as their game against Leeds was postponed, however, and have generally been reliable under Steven Gerrard. Their only defeats under him have come against the top three teams in the league; they have won their other four. That improvement has been built on a solid defence and a low-scorer looks the best bet here.

Leeds have generally been effective at picking up points against weaker sides since coming up but they look extremely opposable at a shade of odds-on here. Their game against Villa was called off for Covid and their likely starting XI will be very weak here.

Burnley have only played once since 12 December, and although they only have one win all season, performances have never slipped into disaster territory. Leeds rely heavily on a small number of players and their high pressure style means that they feel absentees acutely. The Clarets look value to get a result. 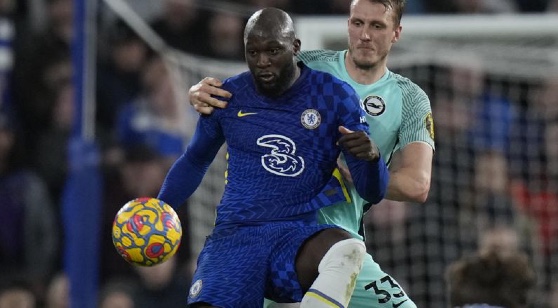 Chelsea has seen a 1-1 draw in four of its last five PL home matches. (AP)

Chelsea are one of very few teams not to have had a game postponed yet and it is telling. The Blues look knackered and were very poor in a 1-1 draw against Brighton last time out. Defensively they are down to the bare bones with both wing-backs out with long-term injuries.

Liverpool have absentees of their own with Roberto Firmino and Alisson out and games between these teams in recent times have often ended in draws. But they can still field a strong front three that can punish Chelsea’s weakened backline, especially the reserve wing-backs. There was probably an overreaction to Liverpool’s loss to Leicester: they dominated the game and conceded from their opponents’ only shot on target.

Wolves’s 18 games this season have yielded a miserable 27 goals - a rate of just 1.5 per game on average. It is by far the lowest in the league and at 10/11 under 2.5 stands out as a bet for their trip to Manchester United.

The Red Devils got back on track with a 3-1 win over Burnley last time out but recent performances have generally not been great. They have scored 13 fewer than Chelsea, 20 fewer than Liverpool and 21 fewer than City this year and still lack the attacking cohesion to convincingly beat lesser sides. Wolves will make it tough and under 2.5 is the bet.