The third ever all-English Champions League final sees Manchester City take on Chelsea at the Estadio Dragão in Porto on Saturday May 29, 2021.

City has never won the trophy before, while this would be Chelsea’s second triumph.

City is only a shade bigger than United to win their final. They're 17/20, but this feels like a much more evenly poised affair.

Pep Guardiola’s side is much further along in their development than Thomas Tuchel’s Chelsea and are rightful favorites, but it promises to be an intriguing match that could go either way. The one thing we can be fairly confident over is that it will be close.

City cruised to the final in impressive fashion. In past seasons Pep Guardiola has had a tendency to overthink big Champions League games, which is part of the reason why City had only ever made it to one semifinal in their history before this season. But after a tricky first half of the first leg against PSG, his side took control of the tie and ended progressing 4-1 on aggregate. They had few problems against Borussia Dortmund in the quarters.

Chelsea’s progress has been equally serene. They outplayed Real Madrid twice in the semifinals and should have won the second leg 3 or 4 nil, eventually winning 2-0 and 3-1 on aggregate. 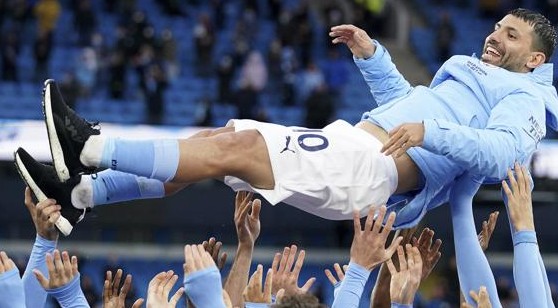 Much has been made of the fact that Chelsea has won twice against City under Tuchel already, 1-0 in the FA Cup semi-finals and 2-1 at the Etihad Stadium in the league. For various reasons City was not at full strength in either match, but the results should certainly give Chelsea fans some hope. Chelsea deserved both wins and was particularly impressive defensively in the FA Cup tie.

Chelsea’s big problem this season has been converting their chances. Despite spending over 150M on attacking players in the summer, they managed only 58 league goals all season, compared with City’s 83.

Timo Werner has been a particularly bad culprit when it comes to big misses, but he was impressive in Chelsea’s semi-final win against City and makes Tuchel’s side a better team. Much will surely come down to whether Chelsea’s attackers can finally have a good day in front of the goal.

This City side is more pragmatic than many of Guardiola’s former squads.

Ruben Dias has been a transformative signing defense and is more of a pure defender than the type Guardiola usually likes to sign. Chelsea has made a virtue of edging big games 1-0 under Thomas Tuchel, who concentrates hard on making his side difficult to counter-attack against.

If anything, Chelsea is probably slightly underrated in the match betting, and a draw at 5/2 looks like the best bet. Finals are usually low-scoring, and under 2.5 goals is priced at 4/6, so that is quite a big price on the draw. It may well be that City’s superior cutting edge makes the difference in extra time - at 17/2 that looks like a nice price.

There is one first goalscorer long shot that looks a very appealing bet. Ben Chilwell is priced at 40/1 to score first. In Chelsea’s 3-4-3 system he plays high up the pitch. He scored Chelsea’s goal in their final day loss at Aston Villa and had a late FA Cup final equalizer ruled out by VAR. He frequently finds himself in good attacking positions, yet is priced up as if he is an ordinary defensive left-back playing in a back four.

Both Teams to Score

Match Result and Both Teams to Score

Manchester City vs. Chelsea - Inside the Stats

Manchester City will be making its first trip to the UEFA Champions League finals while this will be the second trip for Chelsea.

The Blues only encounter came in 2012 when the club outlasted Bayern Munich in a penalty shootout (4-3) after the team played full time and extra time to a 1-1 draw.