Villarreal surprised Arsenal in the semi-finals and stopped both major European finals from being all-English affairs.

But United will have been pleased to see the Spanish side progress and they are rightfully odds-on favorites to win the final inside 90 minutes.

United have had long periods of inconsistency this year but still managed to finish comfortably second in the Premier League, and in the second half of the season, their attack started to click.

This peaked in their 6-2 demolition of Roma in the first leg of the semifinals. These two teams operate at completely different financial levels, with United spending over four times as much as Villarreal on their players’ wages.

The Yellow Submarine finished seventh in La Liga this year, and the performances of Spanish sides in the Champions League this year do not bode well for the strength of the league.

There is a gulf in class between the two sides, and I am happy to take Manchester United at the price to win the match in normal time. 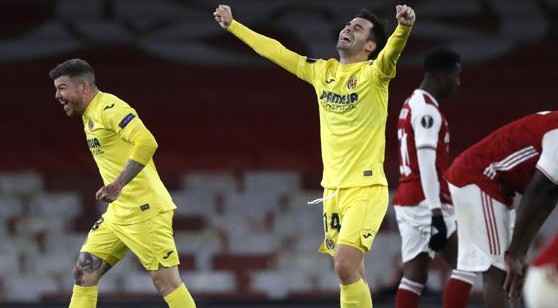 Villarreal has won 12 of its last 14 Europa League matches, unbeaten in all 14, while failing to concede two or more goals in 12 straight. (AP)

Both Teams to Score

Match Result and Both Teams to Score

The two teams have only met four times, both instances coming in the UEFA Champions League (2006, 2009).

Manchester United vs. Villarreal - Inside the Stats