Euro 2020 promises to be different. With the tournament staged at 12 different grounds across Europe, home advantage will play a much greater role than at any other tournament. Some grounds will be completely full, others partially so. Given the unpredictable nature of the pandemic, some games may still be played behind closed doors.

This is an extra factor to analyse when looking at the betting for the tournament winner, but it should not rule your thinking. Good draws, bad draws and home advantage are all factored into the prices, and in the end, you are still analysing which squads have the fewest weaknesses.

France stands out in this respect. They are priced at 5/1. Their draw is not easy as they face Germany in Munich first up and also play Portugal in the group. They are Europe’s strongest team and the strongest squad and have the pedigree to win the tournament.

The team is very similar to the side that won the World Cup three years ago. If anything, it has improved. Karim Benzema , back from a six-year international absence, will start up front instead of Olivier Giroud. He has been one of the best three or four players in Europe over the last year. Joining him in a sizzling front three is Kylian Mbappé, the world’s best young player, and tournament specialist Antoine Griezmann , who won Player of the Tournament and the Golden Boot at Euro 2016 and came second in the goalscoring charts at the World Cup.

The midfield is dominated by N’Golo Kanté , who won Man of the Match in both Chelsea’s Champions League semi-finals and their final victory against Manchester City. Besides him, Paul Pogba shows much more consistency at the international level than for Manchester United.

Three of the four defenders and the goalkeeper are the same, with Presnel Kimpembe coming in for Samuel Umtiti alongside the imperious Raphael Varane .

Didier Deschamps is as unflashy and pragmatic as a manager as he was as a player. For all their attacking prowess, France is a side that knows how to grind out victories, as they showed in their 2-0 win over Uruguay and 1-0 win over Belgium in the latter stages of the World Cup.

Their squad depth is outstanding: their second XI would have a good chance of making the semi-finals. France should be strong favourites. 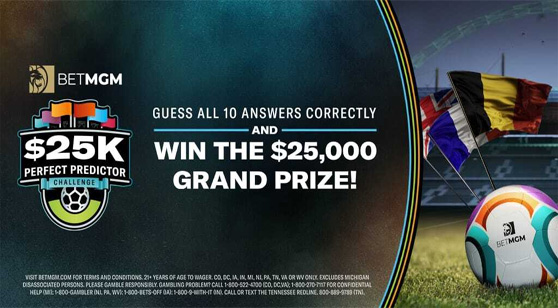 England joins them at the top of the betting. Should they top a reasonably winnable group they would play six of their seven matches at Wembley. This is heavily factored into their price, but they undeniably boast a huge wealth of young attacking talent. Playing alongside captain and leader Harry Kane will be any of Phil Foden , Mason Mount , Raheem Sterling , Jack Grealish , Marcus Rashford and Jadon Sancho .

They are short enough, however. There remain questions over their performances against the really top teams. The best team they beat in normal time in their run to the 2018 World Cup semi-finals was Sweden. Depth at centre-back is a problem, as is a lack of ball-retaining central midfielders.

Belgium (6/1) benefit from a kind draw and a hugely experienced squad. Their starting XI will have comfortably the highest number of international appearances between them. Romelu Lukaku has had the two best goalscoring seasons of his career for Inter Milan, but Eden Hazard’s terrible form for Real Madrid and Kevin de Bruyne’s injury in the Champions League final dent their hopes. The defence is ageing too, but they should still go well.

There are three teams who are best priced at 9/1. Two of them, Germany and Spain, have dominated international trophies for the last 15 years, and both look past their best. Germany’s recent results have been awful. They finished bottom of their Nations League group and recently lost 2-1 at home to North Macedonia. They benefit from a home advantage in the group, but there is little to suggest that they can suddenly turn their form around and win the competition.

Spain is much less experienced than usual. Xavi, Iniesta and Xabi Alonso have long since departed, so Luis Enrique’s decision not to select Sergio Ramos in the squad raised many eyebrows. There are lots of promising youngsters, such as Barcelona’s Pedri, Villarreal’s Pau Torres and Manchester City’s Ferran Torres , but there is a lack of convincing centre-forward options.