The Montana State Bobcats will take on the North Dakota State Bison for the FCS Championship this Saturday afternoon. Opening kick is set for 12:00 p.m. ET and will air on ESPN2 from Toyota Stadium in Frisco, Texas.

The North Dakota State Bison are looking to win their ninth FCS title in the last 11 years against the Montana State Bobcats this Saturday. This will be Montana State’s first trip to the FCS National Championship Game since 1984 when they beat Louisiana Tech 19-6 in Charleston to win the program’s lone title. Montana State is a touchdown underdog, but the Bobcats hammered defending champion Sam Houston State and knocked off South Dakota State by two scores to get here.

North Dakota State has dominated the FCS for the last decade. The Bison have won eight of the last 10 FCS national championships, and they have won five of those title games by double digits. Montana State has the best defense in the country per SP+ though, and the Bobcats will be able to keep the Bison from scoring too much. That will help the underdog stay within the number in a close, low-scoring game. 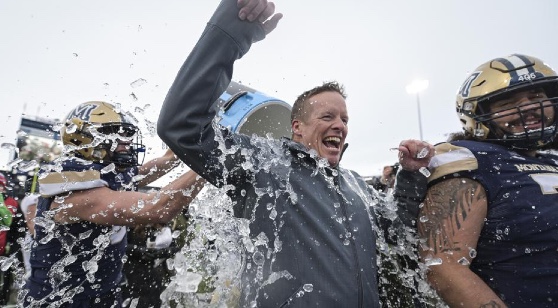 The Bobcats have had an incredible run to get to the FCS Championship Game. Starting quarterback Matthew McKay entered the transfer portal after playing poorly in a loss to rival Montana in their last regular season game, leading to Montana native Tommy Mellott taking over at the start of the postseason.

Mellott was unable to do much through the air against UT Martin in his first start, but he was more comfortable in wins over Sam Houston State and South Dakota State. He averaged over 15.0 YPA in those games and threw four touchdown passes. Mellott is an extremely efficient runner, and he has carried the ball 74 times for 411 yards and six touchdowns in Montana State’s three playoff games.

Isaiah Ifanse was an All-American after rushing for 1,539 yards (5.9 YPC) and 10 touchdowns this season. Ifanse missed the semifinal with an injury, but he is expected to be available this Saturday. Lance McCutcheon is by far the biggest target in the passing game with 58 receptions for 1,113 yards and eight touchdowns.

Montana State has the top defense in the nation, allowing under 14 PPG despite playing a loaded schedule. Troy Anderson was a First Team All-American linebacker after recording 137 tackles and 14 tackles for loss, and Daniel Hardy had 23 tackles for loss and 16 sacks. This secondary was elite too with 18 interceptions and three pick-sixes while allowing just 12 touchdown passes.

The Bison have had two quarterbacks drafted in the top three of the NFL Draft in the last six seasons, but they didn’t have a proven quarterback last year, costing them a potential title. However, Cam Miller has improved markedly after taking over for FBS transfer Quincy Pattersonin late October.

Miller isn’t asked to do much in this run-first offense, but he has played well when asked to throw the ball. He is completing 68.1% of his passes for 1,318 yards (9.6 YPA) with 13 touchdowns and three interceptions. Miller has yet to throw the ball more than 23 times in a game, but he can use his legs and is averaging 4.0 YPC.

This offense is predicated on a strong ground game. Tamerik Williams is the leading rusher with 718 yards (6.2 YPC) and 12 touchdowns. Kobe Johnson is right behind Williams with 565 yards and two touchdowns, and Patterson still comes in to run the ball in select packages. North Dakota State is averaging 6.1 YPC and 273.6 YPG on the ground as a team.

North Dakota State had one of the best defenses in the country. The Bison allowed 4.4 yards per play and ranked third nationally in total defense. Brayden Thomas and Eli Mostaert terrorized quarterbacks by combining for 24.5 tackles for loss and 16.5 sacks.

Neither offense will have much success moving the chains, and both quarterbacks are going to make some mistakes against experienced foes on the other side of the ball. We shouldn’t see many points, so the under and the underdog are the picks.