F1 could do with IndyCar style pit stops, says Fittipaldi After an eventful Monaco Grand Prix, we caught up with two-time F1 champion Emerson Fittipaldi to get his thoughts on the race and more.

The race in Monaco, we saw some really questionable strategy from Ferrari for Charles LeClerc. Where do you think they went wrong?

"To me, it's very difficult for a two-car team to only have one place for pit stop."

"In my experience in IndyCar racing, each car has its own place and I think what happened, Carlos Sainz came in and they asked Charles (LeClerc) to come in. They didn't know he was so close and then as he was turning in they say 'stay out' because they realised that he was so close."

"It can happen and it happened."

"Theoretically they need two places to stop for F1 cars and the teams. Then there will not be a conflict."

Checo Perez was very emotional after the win in Monaco. After what happened in Spain, do you think this was a ‘consolation’ prize for him from Red Bull?

"Checo Perez has been extremely fast in Barcelona and then in Monaco, since Day 1."

"He deserved to be there. He was there because of his speed. He was faster than Max in qualifying. He was driving fast in the race."

"He had two great grands prix, the Spanish Grand Prix and Monaco."

"And I know how difficult it is to not do a mistake in Monaco under tremendous pressure. At one point, he was trying to save the tires and Carlos was right on him, then his gearbox."

"I want to congratulate Checo Perez because this weekend he was the Master of Monaco, for sure. He was fast in practice, fast in qualifying, fast in the race and won the race under tremendous pressure and never did a mistake."

"This is the best win of Checo's career."

"It is a fantastic win for Mexico, the Mexican Grand Prix is very big."

"It is good for Latin America. We only have one Latin American driver in Formula 1. There used to be five or six and now we're all counting on Checo Perez. He did a superb job."

Mick Schumacher crashed and Kevin Magnussen had to retire due to a water pump issue. Haas, who had started off the season so well, are now falling down the pecking order. Where do you think they need to improve?

"Mick Schumacher's crash was what I call, a race crash. He was trying hard, he lost the back end of the car like many people did this weekend and it happened."

"He was okay. It was a racing incident. He was driving very well, driving very fast. He's improved a lot this year."

Mick Schumacher has had some promising qualifications the last couple races, but has made expensive mistakes in the actual race. The fans are starting to lose their patience with the German driver. What do you think?

"No. I think Mick Schumacher, he made a mistake, it happened. He's driving the limit, he's learning."

"He has, what I call, good equipment, good circumstance, a good team. I'm sure he's going to do well in the next few grands prix."

Do you think we’re gonna see an American driver, or a driver transitioning from IndyCar to F1 soon?

"Historically we had (Juan Pablo) Montoya, we had Jacques Villeneuve (transitioning from IndyCar to F1), very successful."

"Both (Pato O'Ward and Colton Herta), for sure, are the new generation in America. They are extremely talented and extremely fast. It'll be interesting to see them in one of the European Formula 1 teams."

The four big teams are complaining about the cap on the budget spend and that they will not be able keep it up due to inflation. What are your thoughts on that?

"I think that the budget cap they have put is very good to help the smaller teams."

"My opinion, I know they can complain but they should adapt themselves to the new low cost because that's going to help Formula 1 to be more competitive for the future."

After a strong performance in Barcelona, Mercedes was thought to have solved their problems. Do you think that is true?

"I think they made a big improvement, yes."

"Some tracks can adapt better to a chassis, to another chassis."

"We'll look at the next few grands prix, how they're going to run. But compared to the beginning of the season, they made a big improvement for sure."

"Formula 1 is very exciting now because when you think about the situation now - Max Verstappen leading and nine points behind him is Charles LeClerc who is very strong this year and now Checo Perez only 15 points behind the leader. Now there's another driver who can fight for the championship."

"That's what Formula 1 needs. You need three-four drivers fighting for the world championship. I think it's great."

"It's a big improvement, the new rules, the new cars, I think F1 is going in the right direction. There's been great shows, great driving."

"Monaco is extremely difficult to pass. Twice it happened to me when I was behind Jackie Stewart in 1973 with the Lotus '72. The last 45 minutes I was much faster than Jackie, I caught him but I couldn't pass. And I think my nose was right in his gearbox and I couldn't pass. I tried everything that I knew."

"Then in 1975, I was behind Niki (Lauda) with McLaren and it was exactly the same. I was much faster than Niki, I caught his Ferrari but couldn't pass. That's part of the game in Monaco."

"It's very, very difficult to overtake when you are in similar cars because the braking areas are not long enough. Track's quite narrow. It's a very short track. A lot of changing gears, cornering all the time. It's difficult to place the car on the inside line to overtake."

"I think it was a great race to see. Four cars at the end of the race, running close to each other in Monaco. It was a great sight on TV, it was a great Grand Prix and again Checo Perez deserved the win. He was fast and he was the master of Monaco this weekend." 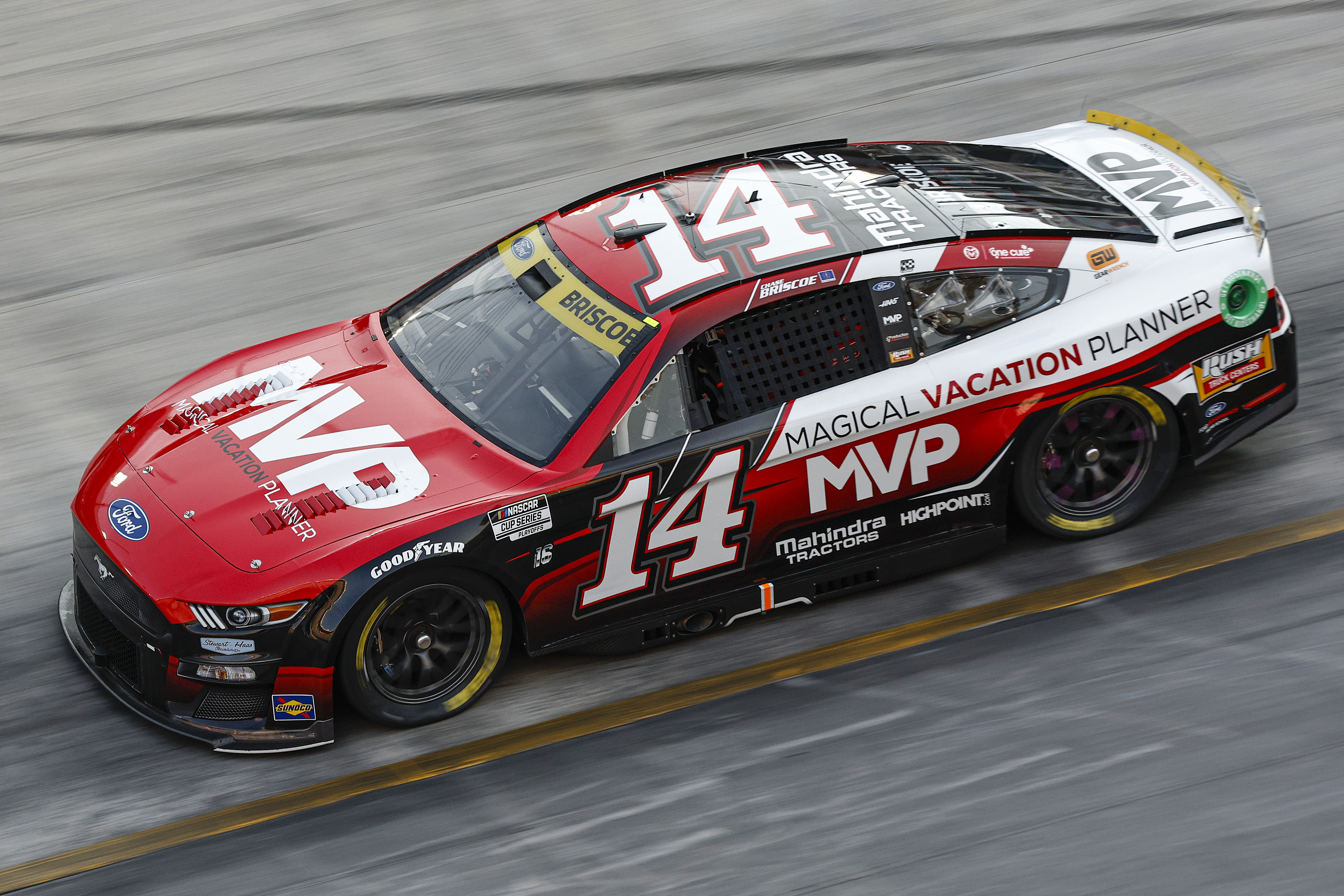