New Hampshire Motor Speedway is always one of my favorite stops on the NASCAR Cup Series schedule because I’ve used the same betting method for the flat 1-mile paperclip layout for over 25 years and I usually come out on the winning end each time with my betting strategy.

The strategy goes like this: when handicapping New Hampshire, by all means, refer to past history at the flat 1-mile paperclip layout, but the better starting point is to look at what happened in previous races during the same season at Richmond’s flat ¾-mile layout and the 1-mile flat layout at Phoenix. If one driver does well in one of those races, they’re likely to do the same at the other two.

I remember hearing a crew chief in the mid-1990s talk about how confident they were for one of those races and he said it was because of how they ran at New Hampshire or Richmond. He said they were bringing the same chassis for all three tracks and that the set-ups and balance were similar.

This season so far after 21 races complete, we’ve seen two races on similar tracks at Phoenix (March 14) and Richmond (April 18) prior to Sunday’s Foxwood Resort 301 that can start us in the right direction. So let’s review what happened in each race and identify a few drivers that had great set-ups that day beginning with Martin Truex Jr. who won at Phoenix. 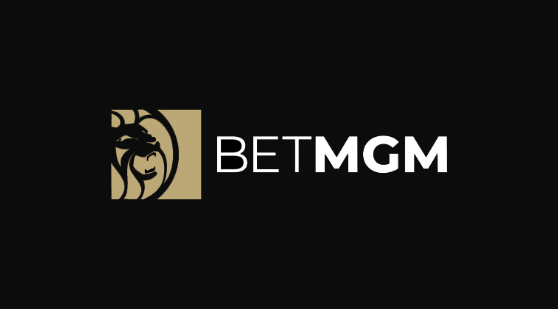 Sign up with BetMGM and take advantage of the best sportsbook deals in legal betting states.

Truex didn’t appear to have the best car that day, but he came on strong down the stretch leading the last 24 laps. He led a total of 64 laps while Joey Logano led a race-high 143 laps. Truex also finished fifth at Richmond leading 107 laps. Truex has never won a Cup race at New Hampshire, but he has won an Xfinity Series race, and twice in the K&N Pro Series East (ARCA). His father also won an ARCA race there in 1994 and his brother Ryan Truex won both races there in 2010. It’s something I’m sure the Mayetta, NJ family is very proud of and all they’re waiting for now is for Truex to win a Cup race on the track.

The car that NASCAR has mandated for this race is the low downforce race package with engines producing 750 horsepower which has been used 11 times this season. All three of Truex’s wins this season have come using the 750 HP package, which also includes a win at Martinsville and Darlington.

I’ve found over the years that the Martinsville results have been very beneficial to review because it’s a flat half-mile version of New Hampshire. It’s my secondary source of data to include in the betting mix to help find the winner. And then I look at past history. 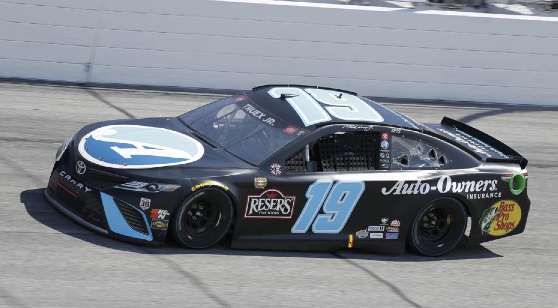 Martin Truex Jr. has seen two third-place finishes over his last six races, but outside the Top 10 in three of his last five. (AP)

The other race winner that applies here for consideration is Alex Bowman’s Richmond win where he didn’t have the best car until late in the race. He kept getting better and faster and passed Denny Hamlin with 10 laps to go. It was the only laps he led on the day. He would also win at Dover a few weeks later using the 750 HP package and has three wins on the season.

“We’ve really improved our short-track program for the No. 48 Ally team,” Bowman said earlier this week. “We struggled at Richmond Raceway for a long time and this year we went and won there. Hopefully, we can take some of what we learned there to be good at New Hampshire.”

Bowman has three wins on the season and they’ve all come in the last 13 races. Over his last nine races, he’s run 679 laps inside the top-five. He and crew chief Greg Ivers have something cooking that not only makes him a strong contender to win Sunday, but also to race for the championship at Phoenix. It’s all about consistency and not many are doing it better right now than the No. 48 team. Circa Sports has adjusted Bowman up to a very generous price of 26-to-1 to win. Go get some!

Denny Hamlin has a 9.59 average finish in 27 Cup starts and is the best among active drivers with multiple starts. He has totaled three wins, 11 top-fives, and 754 laps led. His last live Lobster trophy gained in New England was in 2017. He was runner-up last season after leading 72 laps.

But what I like about him most here is that he’s a flat track driver. He does well on them all -- Phoenix, Richmond, Martinsville, and New Hampshire. At Phoenix in March, he led 33 laps and finished third. At his home track in Richmond, he led a race-high 207 laps before finishing second to Bowman. At Martinsville, he was third after leading a race-high 276 laps. They have the set-up, they have the power, and they have the right driver.

And what I might like even better with Hamlin and the No. 11 team is that they’re desperate for their first win of the season, yet still lead the series in points. Hamlin is confident about his chances this week.

“We’re confident going back there,” Hamlin said. “Our short track package has been better this year. It’s something we put an emphasis on because of the final race being in Phoenix. We got our tails kicked there last year in the Championship 4, so we put more focus on it and we’ve gotten better.”

Hamlin has seven top-fives in the 11 races using the 750 HP package. I like him to get another one on Sunday, and maybe even get the win. William Hill has him posted at 6-to-1 odds to win.

Another driver with seven top-fives in the 750 HP package is Logano who started out New Hampshire with two NASCAR K&N Pro Series East wins at sweeping the 2007 season. And then two years later at New Hampshire, he’d win his first Cup race, albeit rain-shortened. He’d win there again in 2014 and has finished 11th or better in nine of his last 10 starts on the track. His only win this season has been the Bristol Dirt Race. Logano is +1350 (27/2) at Circa Sports.

Doesn’t it seem like Kyle Busch is catching up to the speed levels as the Hendrick drivers? He’s really good at New Hampshire as well. In 29 Cup starts he has three wins, 11 top-fives, and 1,128 laps led. He also has three Truck Series wins, and six Xfinity Series wins. Both his 2021 wins have been with the 550 HP package, but he’s been capable of winning multiple times with the 750 HP package leading laps in his last three starts with it. He’s 7-to-1 to win at Circa Sports.

A nice longshot of the week is Christopher Bell who is being offered at 25-to-1 odds at William Hill sportsbooks. He likes this track a lot. He won Xfinity Series races at NHMS in 2018 and 2019 and a Truck Series race in 2017. His one Cup start last season saw him finish 28th while driving the No. 95, but did finish fourth in the first stage. Shop around for the best odds because I have a feeling he’ll have differing numbers around the U.S. The last time I was so high on him was at Road America where he had a similar track record and he finished second.