Jockey Made in America 250 Picks, Predictions

The NASCAR Cup Series visits Road America in Elkhart Lake, Wisconsin for the first time since 1956 in what will be the 20th race of the 2021 schedule as well as the being the fourth of seven road course events.

It’s right and left turns, again, but the uniqueness of the 4.083-mile 14-turn layout should make it exciting throughout, especially since some drivers have never raced on it other than a simulator. Because it’s technically a new track, Sunday’s Jockey Make in America 250 will feature a 50-minute practice session on Saturday (1:00 pm ET, NBCSN) and a qualifying session Sunday before the race (11:10 am ET, NBC Sports App).

NASCAR Jockey Made in America 250 Analysis

Start position has proven to be huge in the Xfinity Series at Road America that has been running annually there since 2010. In the 11 Xfinity races, seven of the winners started within the top-five -- three from the pole and three from the second position. Four of those winners will be participating in Sunday’s race and another winner from the ARCA Menard’s Series will also start Sunday. Drivers like Denny Hamlin have never raced it.

“I didn’t race there in the Xfinity Series, so I’ll be one of the inexperienced guys,” said Hamlin who was posted by Circa Sports at +1350 odds to win. “I like going to unfamiliar places. I like the process of trying to learn them. The great drivers have a way of figuring it out when they go someplace new. I hear it’s pretty smooth and has some heavy braking zones. You’re going to have to have a car that works well under braking. All road courses pose a challenge. Getting laps in the simulator, of course, helps. But, I’m excited about it. I love the challenge of being somewhere for the first time, and that track is certainly going to pose that challenge for me.”

Sunday’s race will also be the 11th race of the season using the low downforce package with engines producing 750 horsepower which has had a roller coaster ride of success with Joe Gibbs Racing having the early success using it winning four of the first six and Hendrick Motorsports winning five of the last six with it. In three of the last four using it, Hendrick has finished 1-2 so it comes with little surprise that Chase Elliott is the +265 favorite and Kyle Larson is next at +355 odds to win at Circa.

Jockey Made in America 250 Betting Resources

Alex Bowman’s crew chief Greg Ives talked about experience at Road America, of which Bowman has competed in a 2013 Xfinity Series race.

“It is definitely an advantage having track time at a place like Road America,” Ives said. “The hardest part is probably only remembering the corners that were most prevalent. Hendrick has great cars right now and the power has been strong from the Hendrick engine shop, so I know that we can get another good finish this weekend.”

Two of Bowman’s three wins this season have come with the 750 HP package and Bowman has finished in the top-10 in all three previously raced road courses this season. Bowman is being offered at 22-to-1 odds to win at William Hill because he’s not known as a road racer, but if his No. 48 -- with what appears to have a bit more than 750 HP -- gets out front late he’s not giving up the lead. The car alone screams for a bet to be made. The same goes for his Hendrick teammate William Byron at 21-to-1 odds even though he hasn’t had great finishes on the roads this season.

But Elliott is the best in races when turning left and right. In just 15 Cup starts on the roads, he’s already established himself as the best road racer in NASCAR with six wins and eight top-fives for an 8.7 average finish. He’s deserving of such low odds because the skill gap between him and the majority of the field is larger than most places. He won the inaugural COTA road course in May for his only win of the season and was runner-up at Sonoma earlier this month.

That Sonoma race was won by Larson after he led a race-high 57 laps. It was his first road win and it came at what is his home track. Larson followed that win with another at Nashville using the 750 HP package after leading a race-high 264 laps. He leads the series with four wins and 11 top-fives and is tied with Byron with 14 top-10s in 19 races. 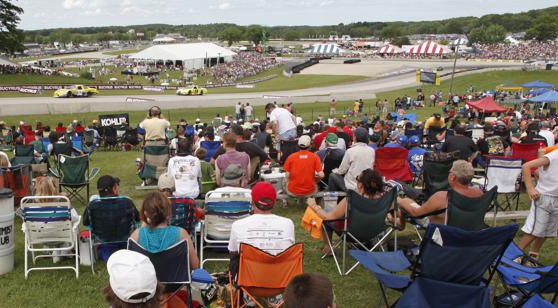 I don’t ever call crew chiefs cheaters because I feel finding an edge skirting rules to be creative engineering and that’s just the way NASCAR has always been for me. I do know that Chad Knaus has been suspended several times by NASCAR for being too creative and I’m sure they didn’t catch him all the time in Jimmie Johnson’s 83 career wins and seven Cup Championships. But Knaus is in a new role for Hendrick Motorsports and the upward movement for the entire organization I’ll attribute a bunch to him. Hendrick has won nine of the 19 races this season.

Jockey Made in America 250 Contenders

The driver that no one is talking about has been kind of kicked to the curb for consideration to win on a road course lately, but Martin Truex Jr. deserves some respect on the basis of his four road course wins in the series and also winning all three of his races this season with the 750 HP package. None of those wins were on road courses, but he was third at Sonoma behind Larson and Elliott last month. Circa is offering Truex at 7-to-1 odds.

Kyle Busch won Sunday at Pocono for his second win of the season and he did so after he thought his day was finished when he only had fourth gear. It was old-school NASCAR, something only a movie could actually turn into a win. But that’s another chapter in Rowdy’s long successes. But I never saw anything like it. So obviously he’s got a little extra stride in his strut this week, but he’ll be a newbie to the track like many others.

“I’ve never been there before, so I’ll have a lot to learn, for sure,” Busch said earlier this week. “A lot of the young guys have raced there before in the Xfinity Series, so they’ll probably have a little bit of an advantage just knowing the track a little bit better than I will. We’ll get a chance to have practice and race with our M&M’S Ice Cream Supra in the Xfinity Series race (Saturday), so hoping we learn a lot from that. It will be nice to have practice for the Cup Series, too. Both COTA and Sonoma were good races for us so far this year, so I think our road-course cars have been pretty strong.”

Busch has four career Cup wins on road courses and also won the non-points Busch Clash on the Daytona road course to start the season. Circa Sports is offering +950 odds on him to win Sunday.

Another driver to consider this week because of the 750 HP package is Joey Logano who William Hill is offering at 12-to-1 odds to win. He’s been 13th or better in all 10 races this season using this week’s package which includes seven top-fives and a win (Bristol Dirt Race). His team has this package dialed in much better than the 550 HP package. The long straights on this course should benefit him.

Here’s a look at the five drivers that have won on other NASCAR Series at Road America:

#16 A.J. Allmendinger (20/1) - He is very familiar with Road America and won from the pole there in a 2013 Xfinity Series race. He showed at the COTA road course in Texas that he could run with the best as he finished fifth. It’s in his driving skills that he makes up time from the dropoff in equipment from being a part-time driver on an underfunded team.

#20 Christopher Bell (50/1) - These are quite generous odds offered by William Hill for a driver that has Joe Gibbs Racing equipment, won his first career Cup race at the Daytona road course this season, and also for a driver that won at Road America in the Xfinity Series in 2018. Sure, I’ll take some of that.

#33 Austin Cindric (38/1) - He’s a road ace but hasn’t been able to shine in the Cup Series yet because he’s given a Team Penske car that is on the junk side. However, he has four wins in the Xfinity Series and had six wins last season. Four of his 12 Xfinity Series wins have been on road courses which includes a 2020 win at Road America. This will be his sixth Cup start of the season. He has the skills to pull off an upset, but it would have to be something like running an odd pit sequence that works out.

#17 Chris Buescher (100/1) - He is very familiar with Road America and won an ARCA Menard’s Series race there in 2013. He’s averaged an 18th-place finish in 16 Cup races on road courses. His best road finish this season was 11th at Daytona.

#34 Michael McDowell (100/1) - He has a positive Road America experience with a 2016 Xfinity Series win and also started from the pole in 2011. In 24 Cup starts on road courses he’s averaged a 24th-place finish. He was eighth on the Daytona road course this season and seventh at COTA in May.