The first of seven road course races on the 2021 NASCAR Cup Series schedule will drop the green flag Sunday at Daytona International Speedway’s 14-turn, 3.61-mile road course, a hybrid layout of the infield course and high banks of the 2.5-mile oval.

Yes, seven road races. What happened? How did we get to seven after receiving blowback from fans when adding three races to the schedule three years ago?

From 1988 to 2017, there were just two NASCAR road courses -- Sonoma Raceway, Watkins Glen International -- and then NASCAR added the Charlotte Roval to the playoffs in 2018 giving us three on the schedule through 2020.

But the pandemic allowed only two road races in 2020 with California (Sonoma) and New York (Watkins Glen) being shut down which put Daytona’s road course in play for the first time in NASCAR history as the schedule was released in staggered stages on the fly.

The original 2021 schedule had six road courses but with California Speedway being forced to cancel due to the state’s strict COVID-19 protocols, Daytona’s road course was there again on the fly and added. Seven road course events for the 36 points-paying dates.

The majority of Cup drivers aren’t very good on road courses -- making left and right turns -- giving the few that do excel a huge advantage in season points. I’m thinking the majority of fans and drivers would probably prefer more short tracks than having a fifth of the schedule loaded with road courses.

“I would probably vote for short tracks just because of the fact that I think that short-track racing is a lot of fun to watch,” said two-time road course winner Kevin Harvick. “The road courses will be great to mix it up, but when you look at the short tracks, everybody can see what’s going on from their seat and not wonder what happens the next time around. I think there’s a balance between adding more short tracks compared to road courses.” 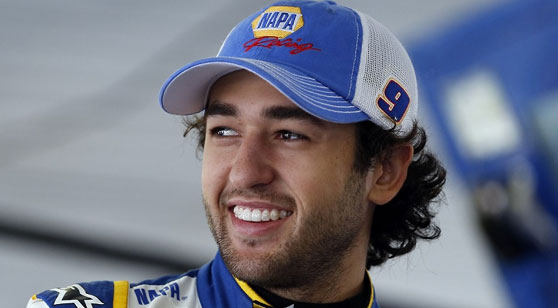 Sunday’s O’Reilly Auto Parts 253 will be the second race of 2021 and also the second NASCAR points race ever held on the road course, although the Rolex 24 Hours of Daytona has been racing on it since 1962. The thing I like most about this course is the speed of the cars using the 750 horsepower and short spoilers ripping around the high banks.

NASCAR also scheduled the non-points Busch Clash on the Daytona road course for the first time since the exhibition invitational began in 1979 so the 21 drivers that participated two weeks ago will have a huge edge coming in this week. They got 35 laps of quality time on the track and the top drivers in that race were no surprise. It was the same guys that have been dominating road races for the past five seasons. Denny Hamlin led a race-high 25 laps and finished sixth.

“Yeah, we had a fast car during the Clash, and I’m sure this weekend won’t be any different,” said Hamlin who the Las Vegas Westgate SuperBook set at 12/1 odds to win this week. ”We’ll take that data and learn from it, and it will certainly help us as we return to the same course. It’s going to be a tough race like all road courses are, but I’m confident in our team to put us in a position to win.”

Hamlin is one of those few drivers who excel on the road courses with seven top-fives in his last 12 of them, which includes a 2016 Watkins Glen win and runner-up on the Daytona course last season.

But he isn’t one of the top-two favorites at the Superbook this week.

Without even seeing how they’ve done statistically, the odds immediately tell you something like no other NASCAR odds board has said. The odds say it’ll be a major surprise if one of those two doesn’t win and that’s the dilemma everyone betting this race has to deal with.

The duo has combined to win nine road courses in their career and they've won eight of the last nine road races dating back to 2017.

Elliott leads all active drivers with five road wins and has won the last four in a row, not counting the Busch Clash where he was runner-up after wrecking his best friend Ryan Blaney who was leading on the last turn of the last lap. It’s a great feeling betting Elliott when you know he’ll wreck his best friend for the trophy.

“Road courses have been good to us the past few trips, but that doesn’t mean it’s going to go good every time,’ Elliott says.

And that’s our 2020 NASCAR Cup Champion. He says all the right things all the time, but not like a robot. He’s a calculated cool. But the oddsmakers certainly added some bump into his odds to win his second straight title with William Hill sportsbooks offering him at 5/1 odds.

It’s not quite Jimmie Johnson in-his-prime future odds, but it’s close. Hamlin and Harvick, who combined to win 16 races last season, are both 6/ to win the championship.

Blaney is the interesting look this week as the SuperBook is offering him at 16/1 odds to win Sunday. We just saw him almost win the Busch Clash two weeks ago with a great set-up. He has top-fives in four of the last six road course races, including a 2018 win on the Charlotte Roval hybrid where he scooped a scavenger win as Jimmie Johnson wrecked leader Truex on the last turn of the last lap.

Kyle Busch was the scavenger winner in the Busch Clash, coming from third to win, after the Elliott-Blaney dust-up. Busch is a four-time road course winner from what seems like way back, but there appears to be a new sense of urgency to run well with a new crew chief, the Clash win, and running well in the Daytona 500 until a late wreck. It’s all positive vibes and he’s 16/1 to get his first points-paying road win since 2015 at Sonoma.

William Byron is also offered at 16/1 odds this week. He’s a driver I think will be the next driver with no road course wins to grab one.

I don’t know when, but I’ll suggest it’ll be either Charlotte or Daytona because of the speed incorporated on the banking. In his last four road races he was sixth in the Busch Clash two weeks ago, sixth on the Roval last season, eighth at Daytona, and sixth at the Roval in 2019. He’s led 21 laps or more in three of his last six road starts.

“I don’t have a ton of experience on road courses, but I have gotten much more comfortable with them the last couple years and I think our most recent races show that,” Byron said. “We haven’t had a ton of track time at the Daytona road course but running the Clash last week helped us dial things in a bit better. Starting position is a big factor as well and, unfortunately, we won’t have the best starting spot based off the scoring metric. There are ways to make up positions on road courses, depending on the strategy you use. We’ll take the notes we have and do what we need to do to get a good finish.”

I think this is one of those weeks where regardless of your betting strategy or who you like to win, Elliott should be somewhere in that equation. Don’t be that guy that throws the favorite out this week.

And the last thing, get a piece of Blaney as well.

Odds Subject to Change - Per the SuperBook