One of boxing’s best returns this weekend to defend his WBO Welterweight title. Terence Crawford, or “Bud”, has been atop boxing’s pound for pound rankings for a while, and currently occupies number four on the list. Crawford is unbeaten as a pro with a record of 37-0, with 28 wins coming by way of knockout. We last saw him a year ago where he made quick work of the undefeated Kell Brook, winning by TKO in round four.

“Bud” faces Shawn Porter, a 146-pound wrecking ball with dangerous power. Porter has been on the wrong side of some close decisions of late, but his skillset and fighting style means he is always a threat no matter the opponent. Crawford and Porter will lock horns in the Michelob Ultra Arena of Las Vegas, Nevada, and is scheduled to take place this Saturday, on November 20.

While Shawn Porter is no walkover, Crawford is on another level when it comes to consistency. The guy is unbeaten for a reason. “Bud” has finished his last eight fights inside the distance, and has his sight set on continuing that trend this weekend.

Finishing Porter will be no easy task however, as “Showtime” has yet to taste defeat inside the distance. Shawn has dropped the ball three times in his last ten bouts, so he isn’t exactly rolling into Saturday’s bout off a hot win streak. He is 1-1 in his last two.

Crawford is the matador in this matchup, and he must be wary of the power being thrown at him on Saturday. “Bud” is by far the more technical boxer in my book though, and Porter will look to try and land the big shot early.

In the later rounds, we have seen Porter grow aggravated and throw caution to the wind before, which has landed him in some trouble. He was knocked down against Errol Spence Jr, and rocked against Adrian Broner too. The chins of both fighters are top tier though, and Porter is as tough as they come. 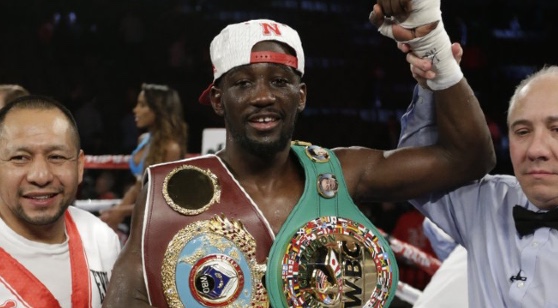 As with all fighters on the pound for pound top ten list, you can be sure that bookies have attached a premium to the price tag. The same is the case for Crawford, who has closed at average odds of -1300.

The dominance of his victories speak for themselves however, and Crawford has finished his last eight opponents. The moneyline is too chalky for me here, and when that is the case, I like to look to the props for value.

I think Crawford by knockout holds value, simply due to the fact that there’s a baked in narrative affecting the betting line. That narrative is that Porter is impossible to finish. At the highest level, anything can happen. Everyone has a chin, everyone can get hit with something big. Crawford is the faster man in this matchup, so look for him to find his openings on the bulldozing Shawn Porter in the later rounds, when the defense starts to wilt.