Friday night’s college basketball betting board is highlighted by a Big Ten battle between the No. 9 Wisconsin Badgers and the Rutgers Scarlet Knights. All the action from Rutgers Athletic Center gets underway at 7 p.m. (ET). 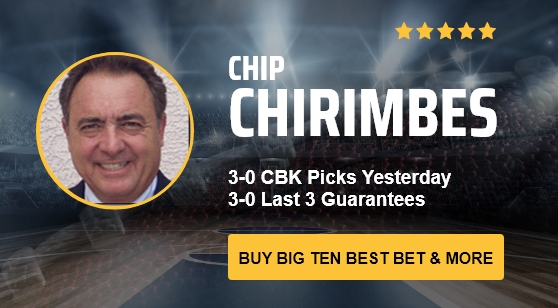 Wisconsin comes into this game as a slight two-point road favorite. The betting line for the total line opened at 135 points.

The Badgers dropped to 4-2 straight-up and 2-4 against the spread in the Big Ten with Tuesday’s lopsided 23-point road loss to Michigan as three-point underdogs. The total stayed UNDER 135 points after going OVER in six of their previous eight outings.

Going back over Wisconsin’s last seven games against Rutgers, it has won five SU. Yet, it is 1-4 ATS in the last five meetings. The total has stayed UNDER in nine of the Badgers’ last 13 road games.

Wisconsin was flat from the start in Tuesday’s loss taking a 17-point deficit into halftime. D’Mitrik Trice ended the game with 20 points. The senior guard leads the team in scoring with 15.2 points per game while averaging 3.5 assists. He is shooting 46.1 percent from the field and 43.8% from three-point range.

Forward Micah Potter is next on the list with 12.5 PPG. The Badgers are scoring an average of 74.8 points a game and converting on 44.9% of their shots from the field. They have been effective from beyond the three-point line at 40.5%.

Wisconsin is pulling down 34.9 rebounds a game with 33.3 on defense. It is holding opposing teams to 62.7 points.

Double-digit losses to Michigan State on the road and Ohio State at home highlight Rutgers’ current slide. It trailed the Buckeyes by as many as 22 points before closing the gap to 11 points in last Saturday’s loss.

Guard Ron Harper Jr has been the team’s leading scorer this season with 20.1 PPG. Guards’ Jacob Young and Montez Mathis are adding a combined 29 points as part of the Scarlet Knights’ 75.7-point scoring average.