A massive Pac-12 game sees the UCLA Bruins head to Eugene, Oregon to take on the Oregon Ducks. The game is set for a 9 p.m. (ET) tip time and will air on ESPN2.

VegasInsider users can stream tons of NCAA basketball games live on ESPN+ Sign up today for just $5.99 a month.

The Oregon Ducks enter as home favorites, given a -3.5-point spread. Oregon is split on the ATS this season at 11-11, while the Bruins are 11-12 themselves. 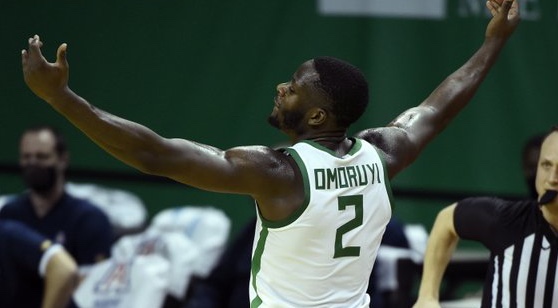 The Oregon Ducks have won three straight games, including eight of their last nine overall and 10 of 12 at home. (AP)

The Bruins will once against be without Jalen Hill, although this team has plenty of weapons while senior Chris Smith is also still out. Johnny Juzang has picked up his game, leading the team in points per game to go along with 4.4 rebounds.

Tyger Campbell is one of the better point guards in the nation, a true quarterback of the offense with 5.6 assists per game. He also adds 10.8 points per game, although his scoring fluctuates. Jaime Jaquez is perhaps the most productive Bruin never mentioned, averaging over 11 points per game and 6.1 rebounds - which is key as Hill's 5.5 boards per game won't be around.

Cody Riley also contributes nicely on the glass with 5.3 rebounds per game to go along with 10.3 points. With Jules Bernard also filling in well, its easy to see why they lead the Pac-12 and are winners in four of their last five games.

There still comes a lack of conviction when deciding if UCLA is a real contender, as this game will be a solid test. All of the Bruins' losses have come on the road though, as the Matthew Knight Arena isn't a venue struggling road teams win inside.

The Ducks are one of the better kept secrets entering March, winning eight of their last nine games with a fully healthy roster. Well, not fully healthy in the fact that N'Faly Dante is still out. Chris Duarte, Will Richardson and Eugene Omoruyi are all on the court together finally however.

This is a true three-headed monster in college basketball, with Duarte and Omoruyi each averaging 17 points per game or more. L.J. Figueroa also adds 11.6 points and 6.6 rebounds per game, rounding out a very dangerous productive four upperclassmen.

Eric Williams is another productive upperclassman, adding 10.7 points and 6.3 rebounds per game. Oregon also features four players who average 1.4 steals or more per game. They average 7.5 per game which ranks first within the Pac-12 and 70th in the nation.

Inside the Stats – UCLA Bruins

This is a very difficult game to pick in terms of the spread market. The point total going OVER seems to be the better play, or at least have more conviction. The schools lean OVER as shown in the point total breakdown above, while each school averages over 70 points per game.

The given 135.5 wouldn't even require both schools to touch 70, so consider the OVER especially with the number of offensive playmakers for both teams. If you must pick a winner then go with Oregon, but it's unlikely they lead the entire game. Taking the Ducks live for plus-value is the better play if picking a winner, as Oregon typically wins at home when playing at night.