The Wildcats have picked up three consecutive victories dating back to Jan. 19, a loss to Marquette at Finneran Pavilion in Villanova. The Golden Eagles won that one outright as a 13.5-point underdog, cashing on the money line from +600 to +750 depending upon the shop.

Marquette suffered a 65-63 loss at Providence on Sunday, snapping a seven-game win streak. Despite the loss, the Golden Eagles still managed to cover for the eighth consecutive outing in the loss to the Friars. The Golden Eagles ended up just 42% (23-of-55) from the field, including a dismal 26% (5-of-19) from behind the arc. Marquette turned it over just nine times, but they were outrebounded 35-24.

The Wildcats have registered three consecutive victories since that setback to the Golden Eagles at home, and they're just 1-3 ATS across the past four games overall. That ATS slide follows up a 6-0 ATS run from Dec. 21-Jan. 16. The UNDER has cashed in three of the past four games for Marquette, too. 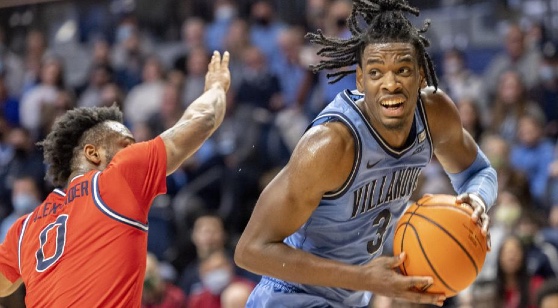 The Wildcats are vying for the top spot in the Big East, but one of their two conference losses were against the red-hot Golden Eagles in Philadelphia. Now, Marquette gets 'Nova on its home hardwood. Marquette might not be the best team on the floor, but they're definitely hottest team heading into the Fiserv Forum on Wednesday, and playing the Golden Eagles definitely provides the best value.

I think that the Wildcats will definitely make them work for it, but Villanova hit just 38% (22-of-58) in the first meeting against Marquette, and the perimeter defense was even better. The Golden Eagles defense has been on fire lately, allowing 65 or fewer points in each of the past four outings, with Marquette hitting the UNDER in five straight outings. While I think the OVER hits in this one, look for more of the same in this one from the Marquette defense.