The Horned Frogs are in a bit of a nosedive, losing each of the past two games, and three of the past four games overall while going 1-3 ATS in the four-game span. TCU was on the short end of a 54-51 loss against Iowa State last time out on Tuesday, hitting the UNDER for the first time in seven outings. The last time it hit the UNDER was Jan. 22, also against the Cyclones.

This is a rematch of a game Jan. 8 in Fort Worth which saw the Bears pick up a 76-64 victory as 10-point favorites with a push on the total at most shops.

Baylor is looking to pick itself up off the mat after an 83-73 shellacking at Texas Tech on Wednesday. They're a very ordinary 3-3 SU/2-4 ATS across the past six games, and they have allowed 77 or more points in four of the past six outings, which is a bit uncharacteristic for their defense.

TCU has lost two straight, and three of the past four outings overall, going 1-3 ATS during the ugly span. This is a team which hasn't won more than two games in a row since a seven-game win streak from Nov. 24-Dec. 21.

The 51 points scored vs. Iowa State last time out were the second-most of the season, with only a 50-point effort in a 23-point loss at home against Texas on Jan. 25 as a worse showing. The defense was solid against Iowa State, yielding 49.0 PPG in two games against the Cyclones. They're allowing 63.4 PPG overall, however, and allowed 76 in a 12-point loss to Baylor in Fort Worth on Jan. 8.

For totals, the OVER has hit in six of the past seven for TCU, while going 5-2-1 in the past eight against teams with a winning overall mark. 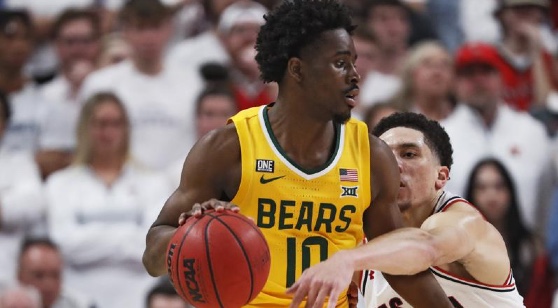 The favorite has connected in 11 of the past 13 meetings overall. (AP)

INSIDE THE STATS - TCU HORNED FROGS

Baylor really missed L.J. Cryer (foot), who was sidelined from Jan. 25 to Feb. 16. He had six points in the Texas Tech game, playing 15 minutes with one assist and a pair of 3-pointers. He looked rusty, and appears to be on a pitch count, so it's still a slow go.

TCU has no such injury issues, but the offense has really been inconsistent lately. The Horned Frogs have dropped three of the past four, and facing a Bears team which is getting back to 100 percent and playing at home won't do them any favors. Look for Baylor to get well on its home ice.