While the ACC is in the spotlight Saturday with Clemson and Notre Dame, the college football weekend will kick off with a huge game late Friday night.

Undefeated BYU heads to Boise State for the toughest remaining test on the schedule with a perfect season in the balance.

Boise State looks to stay perfect as well as one of the expected Mountain West leaders that also could have a chance to run the table after nearly doing so last season. Here is a look at Friday’s big game between the Cougars and the Broncos.

How to Handicap BYU-Boise State

BYU has outscored its opposition 311-94 this season but it has not been a formidable path. BYU has only played two road games this season and will be at home in the final two games on the schedule as this is the toughest game remaining on what many will expect to be a 10-0 campaign. Kalani Sitake is now 34-25 S/U at BYU with his first season of 2016 finishing 9-4 being his best season until this year.

The Mountain West season just started as Boise State has only played two games. The Broncos have won those games with 42 and 49 points respectively but the defense did show some cracks last week allowing 30 points in a competitive game with Air Force. Since 2014 under Bryan Harsin Boise State is 66-17 including going 36-5 S/U on the famous blue turf.

Last week at Air Force Boise State allowed 484 yards but was able to pull away in the fourth quarter with the help of an 88-yard kickoff return touchdown. Air Force posted 6.2 yards per rush after the Broncos were a top 20 team nationally last season allowing just 3.6 yards per rush.

BYU hosted Western Kentucky last week and was mostly unchallenged in a 41-10 win. The 410-262 yardage edge wasn’t overwhelming but BYU had 35 points at halftime and coasted from there. BYU provided Boise State’s only regular season loss last season with a 28-25 win in Provo last October and this will be just the second time in Harsin’s time coaching the Broncos that they will have a home underdog price.

BYU has climbed into the top 10 of the polls and most power ratings at 7-0 with great statistics. The schedule grades poorly but a win here would give the team three road wins of decent quality. With a dearth of undefeated teams remaining around the country the Cougars could at least have an argument for national playoff consideration if they reach 10-0.

For that to be a realistic prospect BYU may need to win pretty handily in this game which is a national TV opportunity and will likely hold up as by far the highest quality team on the schedule.

If a run at being the first non-power 5 school to be in the College Football Playoff isn’t realistic, being the top Group of 5 squad will still be an alluring prize. Boise State is 42-8 S/U in Mountain West games under Harsin including going 8-0 last season and this is the only non-conference game this season.

With an abbreviated eight-game schedule Boise State is also a candidate to finish undefeated with a favorable remaining path and Nevada and San Diego State absent from the conference slate. Three of the final four games of the season will be road games but this game certainly lurks as the biggest challenge. 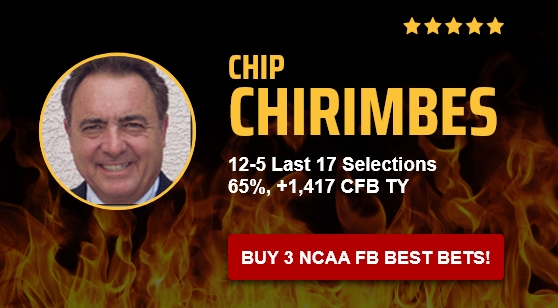 Hank Bachmeier had great numbers when he was healthy last season as a freshman leading Boise State in seven regular season wins though he played poorly in the bowl game loss to Washington. Bachmeier didn’t play vs. BYU last season however and after a terrific opening performance in the win over Utah State he was a surprise scratch last week.

Jack Sears played in one game for USC in 2018 and after transferring to Boise State he made his first start last week in Bachmeier’s absence. He played extremely well but figures to face a much tougher assignment this week, though there has been little information on Bachmeier’s status this season.

Zach Wilson has moved to the top 5 in many Heisman Trophy Odds offerings and he may wind up with one of the best statistical lines in the nation for BYU. He has 19 touchdowns and only two interceptions while taking only four sacks.

His completion rate is nearly 75 percent and he has averaged 11.1 yards per attempt. Only Mac Jones and Grayson McCall among players that have more than two games played have a higher QB Rating at this point in the season than Wilson.

BYU has allowed just 4.5 yards per play this season and 281 yards per game, both among the best in the nation among teams that have played at least a handful of games so far. BYU is allowing only 3.1 yards per rush and 6.3 yards per pass attempt.

Head coach Kalani Sitake took over for Bronco Mendenhall starting in the 2016 season. BYU was 9-4 that season and then reversed that record for a rare losing season in Provo in 2017.

BYU hasn’t had many games that have been competitive into the second half but in the one game where they were really tested at Houston, they rallied back from a 26-14 deficit with four touchdowns in the final 16 minutes.

Wilson rightly gets most of the attention and has climbed into the first round of a few 2021 NFL mock drafts leading the offense but Tyler Allgeier has gained 6.5 yards per rush and often hasn’t needed to be in games in the second halves.

The backfield remains a committee approach and expect to see Sione Finau more involved in the offense moving forward after returning from an early season injury as he was last season’s leading rusher.

Boise State is a tough team to get a read on two games in given that different quarterbacks have played in those games. The production was nearly identical in both games but Boise State hit more big plays under Sears while rarely even facing 3rd down situations. Given how different styles of offenses the two opponents have been, the defensive strengths for Boise State aren’t clear and they have not faced a capable passing attack like BYU offers yet.

Normally given one of the strongest home field edges in the nation, Boise State’s edge at home could be downgraded a bit this season with no fans in attendance other than family members and a small number of students. The quarterbacks have both appeared capable and any information on who starts this week isn’t likely to change the spread or approach dramatically.

Khalil Shakir is the receiver to watch for Boise State, considered a borderline NFL draft pick at this point in his junior season. He already has 13 catches for 213 yards in two games as the Broncos have leaned on the passing game despite still posting 350 rushing yards already this season.

BYU has never won in Boise but three of the five losses have been very close games. Boise State is 7-3 S/U but 3-7 ATS in the past 10 meetings between these teams since 2003.

One of the wins for BYU was last season with a 28-25 result in Provo, a result that wound up costing Boise State a New Year’s Six invitation. The last meeting in Boise in 2018 was a 21-16 win for the Broncos and BYU hasn’t been favored in this series since a home win in 2013.

Boise State was 6-0 heading into last season’s game which was the second game started by Chase Cord after Bachmeier’s injury. Boise State led 10-7 at halftime but BYU scored three touchdowns in the third quarter.

Boise State climbed back within three in the fourth but BYU was able to burn off the final three-plus minutes to end the game. Both teams had missed field goals in the game and one of two Cord interceptions set-up a short field touchdown drive for BYU.

Wilson also didn’t play for BYU as Baylor Romney had an efficient game in his first career start and remains Wilson’s backup this season. 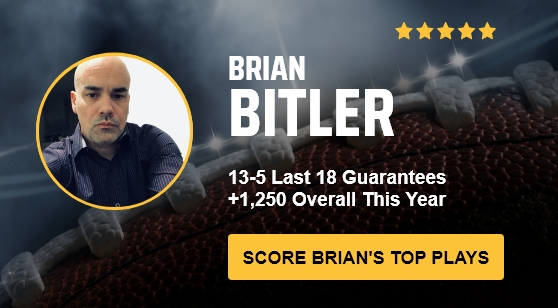