The Holy War is one of the best rivalries in college football. BYU and Utah are the two biggest programs in the Beehive State, and they do not get along. Unfortunately for BYU, this hasn’t been much of a rivalry in recent years as the Utes have won their last nine meetings against the Cougars.

BYU was one of the six teams to knock off a Pac 12 opponent in Week 1. The Cougars defeated Arizona last weekend in Las Vegas, but they fell short of covering the number.

New starting quarterback Jaren Hall was sharp in his first game under center since 2019. Hall didn’t throw a pass behind Zach Wilson in 2020, but he completed 18 of 28 passes for 198 yards and two touchdowns and also broke off a 39-yard run in the 24-16 victory.

Tyler Allgeier and Neil Pau’u were the two main threats on offense for the Cougars in the win. Allgeier ran the ball 17 times for 94 yards and a touchdown, while Pau’u had eight receptions for 126 yards and two scores.

Utah was impressive in its season opening win over FCS contender Weber State. The Utes beat the Wildcats 40-17 as Baylor transfer Charlie Brewer impressed in his first start for Utah.

Brewer completed 19 of 27 passes for 233 yards with two touchdowns and an interception. The four-year starter didn’t make many mistakes and effectively moved the ball with the help of a solid ground game.

Tavion Thomas was Utah’s leading rusher on Saturday with 12 carries for 107 yards and two touchdowns. The Utes ran the ball 31 times for 188 yards and two scores as a team, and that’s what Kyle Whittingham always wants to do on offense. Tight end Brant Kuithe should make a bigger impact too as a two-time all-conference selection.

Charlie Brewer will be the difference maker in a win and cover for Utah on Saturday night in Provo. Brewer is one of the most underrated signal callers in the country, and the Utes’ new quarterback has this team poised to be a dark horse contender in the Pac 12. 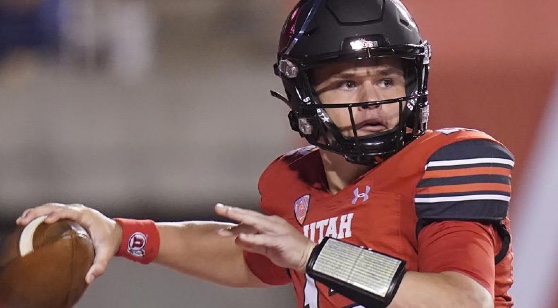