Game 5 of the NLCS sees the Los Angeles Dodgers battling to stay alive as they host the Atlanta Braves. Opening pitch is set for 8:08 p.m. and will air on TBS from Dodger Stadium in Los Angeles, California.

The Atlanta Braves are one game away from making it to the World Series for the first time since 1999. Atlanta has had a string of postseason disappointments, winning just one World Series despite winning the NL East 16 times over the last 27 seasons.

The Braves were one game away from their sixth National League pennant last year, but they blew a 3-1 lead to these Los Angeles Dodgers to miss out on the World Series. That gives the Dodgers reason to be hopeful and the Braves some trepidation heading into Game 5 on Thursday.

Although the Dodgers can take solace in the fact that they rallied from a 3-1 deficit last year, they are in dire straits heading into Game 5. Walker Buehler and Julio Urias both look gassed after pitching more since Clayton Kershaw has been out, and the bullpen appears to be running on fumes too. Dave Roberts will have to turn to the bullpen on Thursday though, while Atlanta has the benefit of using ace Max Fried on regular rest. 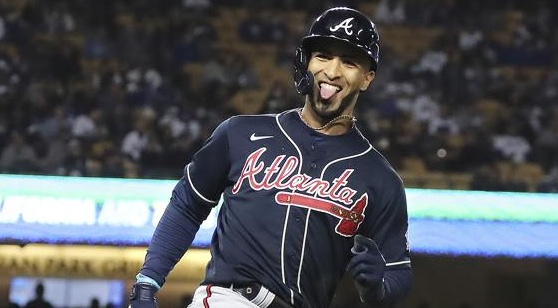 The Atlanta Braves have led after three innings in four straight road games when playing at night. (AP) 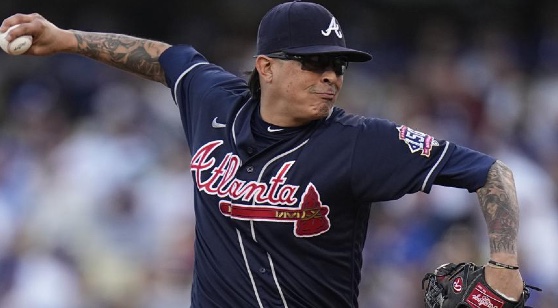 The Atlanta Braves have covered the run line in six of their last seven games when facing the Dodgers. (AP)

Fried can send the Braves to their first World Series in more than two decades on Thursday night. Fried was solid in his first start against the Dodgers in Game 1, allowing eight hits and two earned runs over six innings while not conceding a single walk. That’s been a hallmark of Fried this season, as he hasn’t allowed a walk in each of his last four starts consisting of 28 total innings.

Fried slammed the door shut on Milwaukee two weeks ago in the NLDS, and he has been lights out the last three months. He posted a 1.36 ERA in August, a 1.54 ERA in September, and he has a 1.50 ERA through two postseason starts.

Timely hitting has really helped the Braves this postseason. Eddie Rosario was the man of the hour for Atlanta in Game 4 with a performance for the ages. Rosario hit two home runs and a double, driving in four runs in the 9-2 win.

Freddie Freeman hit his second home run of the postseason and continues to leave his slow start to the regular season and the playoffs in the dust, and Joc Pederson continues to be a dangerous hitter. The only Braves’ hitter that didn’t produce on Wednesday was Austin Riley, yet he was Atlanta’s best bat through its first seven playoff games.

The Dodgers will have another bullpen game with their season on the line. Tony Gonsolin and Phil Bickford will likely be unavailable after throwing a combined 3.2 innings in Game 4, but every other reliever is going to be available. We saw eight relievers throw in Game 3 though, so this bullpen isn’t fresh.

Los Angeles must have better production out of the top of its lineup. The Dodgers’ first four batters combined to go 0-15 on Wednesday, and Corey Seager was the only one able to get on base. A.J. Pollock came off the bench to drive in both of the Dodgers’ runs, so he might be in the starting lineup for Game 5.

Roberts has announced that Albert Pujols will start at first base in this do-or-die game for LA. Pujols has been used sparingly in this series, but he did pick up his first hit against the Braves on Wednesday night. He failed to get on base in four at-bats against Fried in Game 1, but Roberts is going to stick to his guns and play the future first ballot Hall of Famer.