Game 4 of the World Series is set for Saturday night as the Atlanta Braves host the Houston Astros with a 2-1 lead. Opening pitch is set for 8:08 p.m. ET and will air on FOX from Truist Park in Atlanta, Georgia.

The Atlanta Braves are looking to do the improbable by winning the World Series despite having fewer wins than any other team coming into the playoffs. Atlanta topped the NL East with 88 wins, and every other team that made the postseason had at least 90 wins. The Braves would have finished in seventh place in the American League, but they overcame the odds to knock off the Milwaukee Brewers and Los Angeles Dodgers to win the pennant. They were slight underdogs against the Houston Astros to start the series, but they are in an advantageous position despite the loss of Charlie Morton. 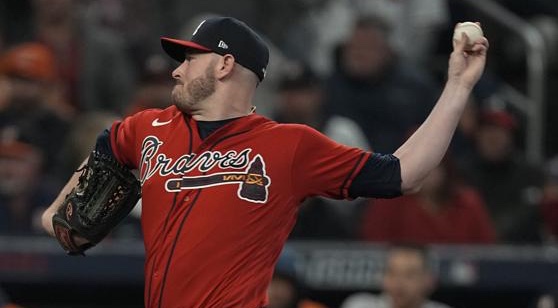 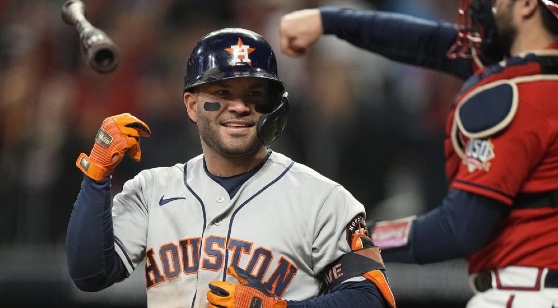 The Houston Astros have won four of their last six games. (AP)

Zack Greinke is expected to get the call to start in Game 4. Houston doesn’t have a deep bullpen, so Dusty Baker is likely to trust in his veteran pitcher. Greinke hasn’t seen much action yet this postseason, pitching just an inning against the White Sox in the ALDS and 1.1 innings against the Red Sox in the ALCS.

The 38-year-old right hander had a 1.17 WHIP and a 4.16 ERA in the regular season. He allowed two hits but didn’t concede a run in his relief appearance against Chicago, but he wasn’t as fortunate in his Game 4 start against Boston 10 days ago. Greinke was pulled after 1.1 innings after allowing four baserunners and two earned runs, yet the Astros rallied to win thanks to a seven-run ninth inning.

That continued a trend that we saw from Greinke at the end of the regular season. In his last four starts, he was rocked for 20 earned runs over 15.1 innings. Greinke was only able to strike out 11 batters in that stretch.

Houston’s bullpen is likely going to need to carry the load. Cristian Javier has been lights out in the postseason, and a few other relievers have had solid performances too. Mid-season additions Phil Maton and Kendall Graveman are throwing well, and Ryan Pressly is carrying a 12.9 K/9.

Atlanta is going to have a bullpen game as Morton has a broken leg and Max Fried is not going to pitch on short rest. Fortunately, the Braves have two relievers that can throw a few innings as Drew Smyly and Huascar Ynoa were both starters in the regular season.

Ynoa did not pitch well in his previous outing, and Smyly was lucky to give up just one earned run against Houston in Game 2. Brian Snitker will likely have a quick hook with both players, as Atlanta has three talented relievers of its own that have carried the load.

Tyler Matzek has already been used in 10 of Atlanta’s 12 games this postseason, and he is carrying a 14.7 K/9. A.J. Minter has seen action in half of the Braves’ playoff games and has given up just one earned run in 10 innings, while Will Smith has two wins and four saves. Smith has yet to allow a run in eight innings of work too.

The home crowd will be rocking on Saturday night, and that will help carry Atlanta to a victory in a back-and-forth game.