Primetime Eastern Conference NBA hoops returns to ESPN on Wednesday night with a playoff rematch between the Boston Celtics and Philadelphia 76ers.

Once again, VI is getting you ready with another slate of Best Bets and Game Previews to help handicap all of your action.

Celtics’ superstar, Jayson Tatum, isn’t expected to make the trip with the team to Philadelphia on Wednesday night after testing positive for COVID-19 this past week.

So, the Sixers will head into this contest as a modest 5.5-point favorite over Boston due to the extenuating circumstances.

While the total for this matchup currently sits at OU 220 – tied for the second highest ‘over-under’ in a Celtics’ game this season (BOS-WAS, OU 237). 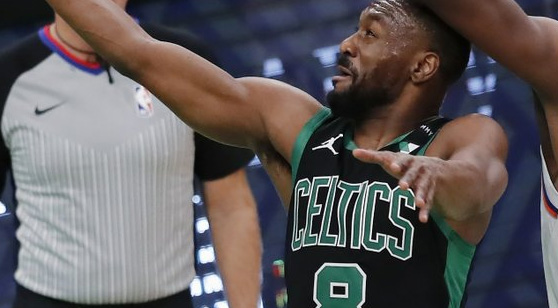 Kemba Walker made his season debut on Sunday but the Celtics were humbled with a 30-point home loss to the Knicks. (AP)

The Celtics first contest without Tatum went smoothly, as Boston made quick work of the Magic in a 27-point blowout last Friday night. But their most recent affair resulted in quite the contrary, as the Celtics suffered a 40-point loss to the Knicks in their most recent outing.

Philadelphia comes into Wednesday night’s contest as losers in four of their last six games, with their only two wins across that span coming in a double-header with the Heat, who have also had their fair share of COVID-19 problems.

Boston and Philadelphia met up four times during last year’s regular season and believe it or not, the Sixers were the team that managed to gain an edge over the Celtics, as Joel Embiid and company took three of those four contests.

The postseason appeared to be a much steeper challenge for the Sixers without Ben Simmons though, considering Boston was easily able to complete a four-game sweep of Philadelphia once their All-Star point-guard became unavailable with a back issue nearly four games into his tenure in the bubble.

All Games Played at NBA Bubble from Orlando, Florida

The Celtics made relatively easy work out of the Sixers in last years playoffs, so I expect a decent percentage of the wagers placed on this contest to come in on Boston, regardless of Tatum’s status.

Kemba Walker returned to the Celtics’ starting lineup with a disastrous performance against the Knicks this past Sunday (10 points, 3-13 FG, 1-8 3PA, 5 TO). And things don’t get any easier for Walker against a Sixers’ guard tandem ranking in the top 10 in nearly all defensive statistical categories.

The Sixers were ravaged by Seth Curry testing positive for COVID-19 recently – sidelining multiple players in Philadelphia’s rotation, along with Curry for a stretch of multiple contests.

Prior to Curry’s six-game absence, the Sixers sat at 7-1 and owned the top spot in the Eastern Conference.

Additions such as Curry and Danny Green may not necessarily appear to make a catastrophic difference in the box score on a nightly basis, but the threat of them shooting out on the perimeter has enhanced Simmons and Embiid’s efficiency in all aspects of the game significantly compared to last season. 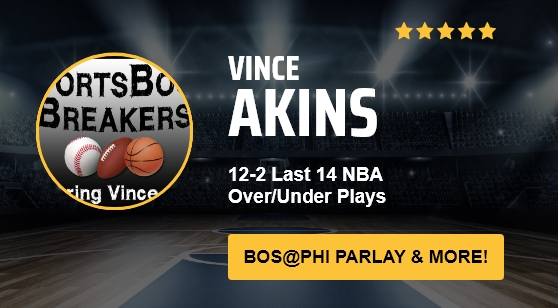 Tatum’s absence due to COVID-19 is still in the relatively early stages of the process, considering Wednesday night will mark just the third contest Boston’s superstar has missed since testing positive for the virus.

The Celtics swept the Sixers out of last year’s playoffs in just four quick games, but Philadelphia’s lack of success cannot be put on their big man this time around, as Embiid managed to rack up 30+ points in three out of those four losses on a combined 45.9% from the field. He also hung 38 points on them during a 6-point victory in a nationally televised regular season matchup last season.

I expect Embiid to treat his first rematch with Boston like a through-and-through postseason affair, and for the former third-overall pick to easily cruise to 25+ points on Wednesday night.

With Curry returning to the starting lineup for Philadelphia, the Sixers’ will finally be at full-strength for Wednesday night’s tilt with the Celtics, while Boston finds itself in the heat of its COVID-19 drama with Tatum expected to miss an extended period following a positive test.

I think the Sixers will come out with something to prove on Wednesday night and stick it to the Celtics, just like the Knicks did this past Sunday (105-75).