The great Kobe Bryant is no longer with us, but he will be there in spirit when the Philadelphia 76ers host the Los Angeles Lakers on Wednesday night.

Bryant died in a tragic accident on January 26 of last year, and the NBA scheduled this game to commemorate his legacy. The Black Mamba was born and mostly raised in Philadelphia before spending his 21-year career with the Lakers. 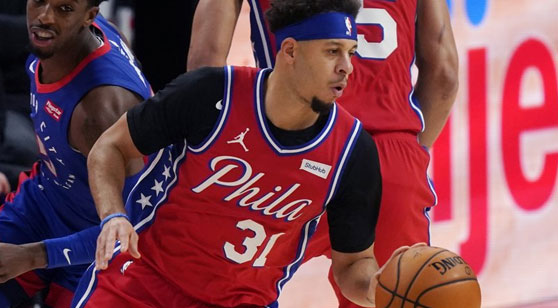 The 76ers return home on Wednesday looking to bounce back from a loss at Detroit. (AP)

The Lakers are currently the best team in basketball. Los Angeles has yet to lose back-to-back games and holds a 14-4 record coming into Wednesday night’s game with Philadelphia.

All four of the Lakers’ losses came in the Staples Center, and they are 10-0 on the road after their most recent win on Monday night against Cleveland.

Only one team has stayed within five points of the Lakers at home this season. Memphis lost 94-92 in Grind City three weeks ago as both teams struggled to score. Los Angeles’ last three opponents (Milwaukee, Chicago, and Cleveland) have all lost by at least seven points on this road trip.

LeBron James was predictably electric in his return to Cleveland on Monday. James exploded for a season-high 46 points on 19 of 26 shooting as the Lakers picked up a 115-108 win despite trailing entering the fourth quarter. He scored 21 of the Lakers’ 28 fourth quarter points to secure the victory.

Philadelphia has won three of its last four games. The 76ers knocked off Boston twice last week thanks to two monster games from Joel Embiid. The Sixers' big man poured in a total of 113 points over Philadelphia's last three wins, but he sat out Monday’s loss at Detroit.

The Sixers weren’t as effective on offense without Embiid. Tobias Harris had a nice game with 25 points on 10 of 19 shooting, but the rest of the team went 6 of 22 from beyond the arc. Philadelphia was outrebounded by 11 boards as Detroit’s backcourt made the most of its opportunities.

James is out to bring the Lakers their 18th title, breaking a tie with the Boston Celtics as the two most successful franchises in NBA history. The Lakers are currently the favorites to win the NBA Finals according to the oddsmakers largely thanks to the greatest player of the 21st century.

He isn’t the same high-volume scorer he was earlier in his career as James is content to set up his teammates on most nights. James still leads the Lakers in scoring with 25.2 PPG while shooting 49.7 percent from the floor and 41.2 percent from beyond the arc. He is also averaging 7.9 RPG and 7.4 APG.

Anthony Davis has not been himself over the last five games. Davis is typically the most efficient scorer on this team, but he has made less than 45 percent of his field goals in four of the Lakers’ last five games.

Davis' perimeter game has taken a hit, and that played a part in L.A.’s loss to Golden State last Monday.

The Lakers are a little more versatile than they were last season, allowing them to present opponents with a variety of looks. Montrezl Harrell is a traditional big man that has a strong presence on the glass, while Dennis Schroder can provide this team with some quick offense.

Harrell has been extremely valuable this season as his free throw shooting has improved. He can now punish teams that send him to the charity stripe, and his presence means that Davis doesn’t have to stay in the low post.

Schroder has yet to have the impact the Lakers thought he would though, averaging 41.6 percent from the field and 29.5 percent from downtown. 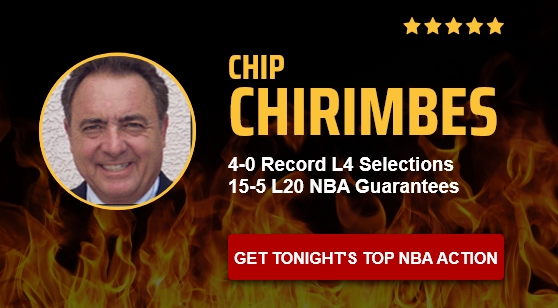 Embiid didn’t play on Monday due to tightness in his back. He is currently considered questionable to play in this game, but head coach Doc Rivers has stated that he expects to see Embiid back on the court.

That’s great news for the 76ers because Embiid is having a fantastic season. He is one of the frontrunners to be named the league MVP, averaging 27.7 PPG and 11.5 RPG.

Embiid is knocking down 55.4 percent of his field goals, and he is even making more than 40 percent of his threes to become an especially efficient shooter considering how often he gets to the free throw line.

As always, the key with Embiid is his health though, so Philadelphia tends to err on the side of caution with its star center in the regular season.

Harris is the second leading scorer on the team with 19.8 PPG. He is shooting well, hitting 51.8 percent of his field goals and 45.8 percent of his threes, and he is also pulling down 6.7 RPG.

Seth Curry has had an excellent season so far with the Sixers. Curry has stepped out of his brother’s shadow and shined in his own right the last few seasons. He isn’t a great defender, but he is averaging 15.6 PPG and making 56 percent of his field goals and 53.7 percent of his threes though.

The X-Factor on Philadelphia is Ben Simmons. The young guard is not a great shooter, but he is superb in transition and shines in every other aspect of the game. He is averaging 12.8 PPG, 8.4 RPG, and 7.9 APG this season. Simmons has dealt with multiple injuries to start the year.

Embiid has routinely got the better of Harrell in previous meetings, so Philadelphia is a nice play provided he is healthy enough to take the court. Embiid is averaging 31.8 PPG in five games against the Lakers during his career.