The Buffalo Bills (6-4) and New Orleans Saints (5-5) meet at the Caesars Superdome in New Orleans for the Thanksgiving Day nightcap in Week 12. Kickoff is scheduled for 8:20 p.m. ET, and the game can be viewed on NBC. 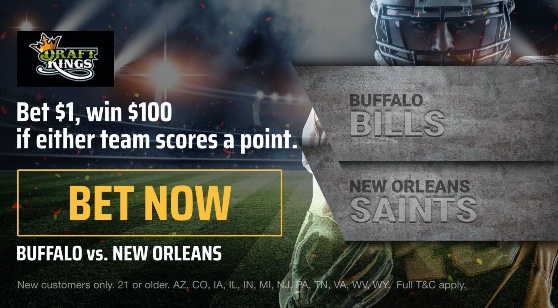 The Bills head into this one in a rather foul mood, which has been the case frequently over the past month. Buffalo was hammered 41-15 at home by the Indianapolis Colts, as RB Jonathan Taylor ran all over them. Buffalo, which had looked like a Super Bowl contender earlier in the season, goes down to the Big Easy just two games over .500, alternating wins and losses across the past six games. One week they look like world beaters, and then there are other times where they're either getting hammered, like last week, or they're struggling against the dregs of the league like their inexplicable 9-6 loss to the Jacksonville Jaguars in Week 9.

The Saints are also heading into this game with some anger issues. New Orleans was popped 40-29 in Philadelphia last week, as QB Jalen Hurts ran roughshod over the Saints previously impenetrable rush defense, and you can bet your bottom dollar that the Bills will be looking to copycat that with QB Josh Allen. This is, after all, a copycat league. New Orleans has dropped three in a row, losing by two points in each game against the Atlanta Falcons in Week 9 and Tennessee Titans in Week 10 before getting rolled by the Eagles last Sunday.

It's a difficult game to handicap, to be honest, as both teams have had some significant issues on both sides of the ball. But the Bills come in healthy, with no players listed as questionable, doubtful or out for Thursday, and that's a giant check mark on their side. The Saints have ruled out RB Alvin Kamara, while RB Mark Ingram II is listed as questionable to a knee ailment. If he cannot go it will be a combination of RBs Tony Jones and hybrid WR-RB Ty Montgomery sharing the backfield load. OT Terron Armstead is questionable, while OT Ryan Ramczyk (knee) is out. Add in the fact sack master DE Marcus Davenport and DE Tanoh Kpassagnon are each ruled out, and it's not looking good for NOLA.

Again, the Bills come in very healthy, and that's saying something as we get ready to flip the calendar from November to December pretty soon. WR Cole Beasley was limited in practice earlier in the week, but he is ready to go, giving Allen a full cadre of receivers and skill position options at his disposal.

The offense averaged 33.8 PPG, still the best mark in the AFC, and all of the NFL, but that number has dipped to 23.0 PPG over the previous four outings, and is even less impressive if you subtract a 45-point outburst in Week 10 against the scuffling New York Jets. The defense was knocked around for a season-high 41 points last week, so the D will certainly be looking to clean things up. The good is that the Saints do not have a running back close to the caliber of Taylor with Kamara sidelined, and Ingram is not 100 percent. If the Bills are dinged for big plays, it might be through the air, and that's unlikely with QB Trevor Siemian under center.

The Saints have been consistently inconsistent this season, if that makes any sense. New Orleans has alternated covers and non-covers in each of its 10 games to date. If you like trends like that, and jump in with both feet, you like them for cover on their home field, as they failed to cover last week as three-point 'dogs in Philly. Yep, the Saints are a perfect 6-0 ATS in the past six following a non-cover in their previous outing.

Trends and circumstantial cover/non-cover streaks like that can get you in trouble, however. There isn't much rhyme or reason to them, and it's a foolish way to spend your money. Instead, play facts, and you'll see New Orleans is 3-7 ATS in the past 10 against winning teams, and 3-7 ATS in the past 10 at home against teams with a winning road record.

As far as the totals are concern, the Saints have cashed the OVER in four straight, while going 9-4 in the past 13 against teams with a winning overall mark. The OVER is also 12-3-1 in the past 16 for NOLA as a home underdog, and 9-3 in the past 12 following a non-cover last time out. The OVER is 20-8 in the previous 28 for the Saints after a straight-up loss, too. 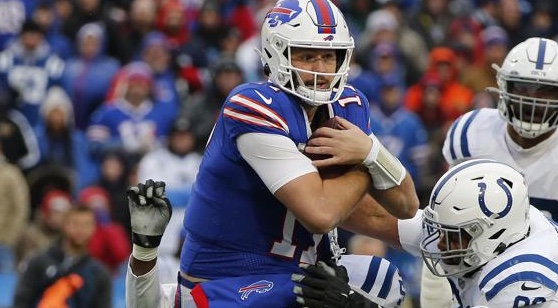 Inside the Stats - Buffalo Bills

Inside the Stats - New Orleans Saints

These teams each have the defense, when healthy, to make scoring points quite the struggle. However, the Saints are banged up, especially in the pass rush. While the Bills defense should bounce back nicely and make life difficult for the offense of the home side, the Bills pass attack should be able to be able to run amok and do whatever it pleases. I am expecting the Buffalo Bills to look Super Bowl caliber in this one, leaving casual fans to leave the couch asking how they entered the day just two games over .500.

I'd feel a lot better about the chances of the Saints if they were healthy, particularly at running back. Kamara can be a game changer, both with his feet and catching the ball out of the backfield. But he isn't there, and Ingram, if he even plays, is rather one dimensional. And the lack of pass rush is going to be a problem for the Saints. Davenport can be a game changer on that side of the ball, but he will be in street clothes and not chasing down Allen. Look for the Bills to roll.