Friday night college betting action in the Big East sends the No. 22 Xavier Musketeers on the road to Indianapolis to face the Butler Bulldogs. Game time from Hinkle Fieldhouse is set for 8:30 p.m. ET.

Xavier started Big East play with a nine-point win against Marquette as a 10.5-point home favorite before losing to Villanova by 13 points on Dec. 21 as a 5.5-point underdog on the road. The concern heading into this game is the long layoff due to multiple postponed games. Rust aside, the Musketeers have shown signs of being one of the conference’s top teams at 11-2 straight-up on the season.

The Bulldogs (8-5 SU) just faced another ranked team in the Big East on Tuesday night and came up short in a 15-point loss to No. 24 Seton Hall as 3.5-point home underdogs. They beat DePaul by four points on Dec. 29 in their conference opener. This will be another tough test at home for Butler as a middle-of-the-road team in the Big East this season.

The long layoff could be an issue for Xavier on Friday night, but one it should be able to overcome even with a slow start. Butler’s inability to keep pace with Seton Hall at home earlier in the week sets the stage for a Musketeers’ victory as well both SU and against the spread.

Xavier’s seven-game SU winning streak came to an end with the loss to Villanova. The only other loss this season came against Iowa State in late November. The Musketeers are 6-2 ATS in their last eight games, including road wins over Virginia Tech and Oklahoma State as underdogs. The total has gone OVER or ended as a PUSH in four of their last six contests.

The Musketeers’ lineup runs four deep with players averaging at least 10 points per game. Guard Nate Johnson is at the top of that list with 13.2 points while shooting 48.3% from the field and an impressive 45.8% from three-point range.

He is joined by forward Jack Nunge (12.5 point) and guard Colby Jones (11.5 points) as the top three scorers on the team. Guard Paul Scruggs (10.4 points) leads the team in assists with 4.2 while Jones leads the way in rebounds with 8.2 a game.

As a team, Xavier is averaging 75.5 PPG and shooting 45.2% from the field. This number drops to 33.9% from outside the three-point line and it jumps to 71.1% from the free throw line. The Musketeers are averaging a solid 40.9 rebounds a game and they are holding opposing teams to 62 PPG on defense.

Butler has beaten most of the teams it was expected to through non-conference play. However, it is 1-5 both SU and ATS in six games this season closing as an underdog. The lone upset came against Oklahoma in a four-point win on Dec. 7. The Bulldogs are 1-3 ATS in their last four games with the total staying UNDER the closing number in all four of those outings.

Guards’ Chuck Harris (10.6 points) and Jayden Taylor (10.5 points) have provided the bulk of the scoring on a team that is only averaging 62.8 PPG. Forward Bryce Golden is next on this list with 9.7 points and he also leads the team in rebounds with 4.2 a game. Guard Aaron Thompson is averaging a team-high 4.6 assists.

They will be at a distinct disadvantage under the boards on Friday night with an average of just 32 rebounds a game. Butler remains solid at the other end of the court on defense with a points- allowed average of 60.8. 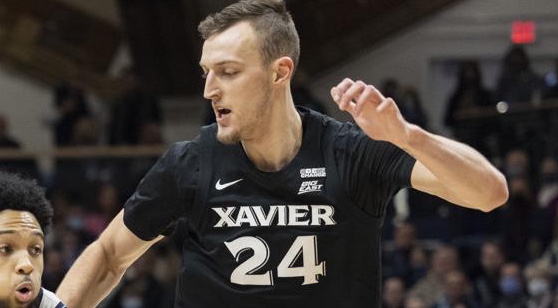 Xavier has covered the spread in six of its last nine games when playing as the favorite. (AP)

INSIDE THE STATS - BUTLER BULLDOGS

The road team in this conference matchup has won three of the last four meetings SU. Xavier has the slight 6-4 SU edge over the last 10 games between the two with a 7-3 record ATS. The total has stayed UNDER in four of the last six meetings.

Past trends aside, Xavier is clearly the better team this season and that should bear itself out on Friday night with a relatively easy win on the road. The long layoff could lead to a slow start that keeps this game close for longer than expected. However, by the final buzzer of the second half, the Musketeers should cash a winning play.