The Pittsburgh Steelers (9-7-1) travel to meet the Kansas City Chiefs (12-5) in an AFC wild-card game at GEHA Field at Arrowhead Stadium on Sunday night. Kickoff is scheduled for 8:15 p.m. ET, and the game can be viewed on NBC.

The Steelers snuck into the postseason, topping the Cleveland Browns and Baltimore Ravens in the final two regular-season games, while getting an assist from the Jacksonville Jaguars and Las Vegas Raiders. It worked out, and QB Ben Roethlisberger gets his career extended at least one more game, perhaps more with a major upset on the road.

The Chiefs just handled the Steelers by a 36-10 score as a 10.5-point favorite in Week 16 as the OVER (44.5) just came across the finish line. The good news for the Chiefs is that WR Tyreek Hill (heel) practiced all week, and he doesn't appear on the injury report. RB Clyde Edwards-Helaire (shoulder) did not practice Thursday or Friday, and he has been declared out. To make matters worse for the home side, RB Darrel Williams (toe) was limited in practice all week and he is listed as questionable, so Derrick Gore might be the guy to lead the backfield. If so, it might mean the Chiefs could have a heavy aerial-based offensive attack.

The Steelers covered in consecutive games for the first time this season in Weeks 17-18, but their last non-cover was in Kansas City in the 26-point loss in Week 16. Against playoff teams, Pittsburgh was just 2-5 SU/ATS in seven appearances against teams in the current playoff field. While Big Ben gets a big chance here for one final ride in the sunset.

Pittsburgh's last wild-card game appearance didn't go so hot, losing 48-37 at home against the Cleveland Browns on Jan. 10, 2021. Pittsburgh has lost and failed to cover three straight playoff games dating back to an 18-16 AFC Divisional playoff game on Jan. 15, 2017 against the Chiefs. But before you start digging for extra change in your car seat and couch cushions to throw on the Steelers money line, remember that game featured QB Alex Smith, not Patrick Mahomes.

The Chiefs head into this one with victories in nine of the past 10 regular-season games, nearly securing the first-round bye and No. 1 seed after a slow start. But a 27-3 loss at Tennessee in Week 7 ended up costing them. 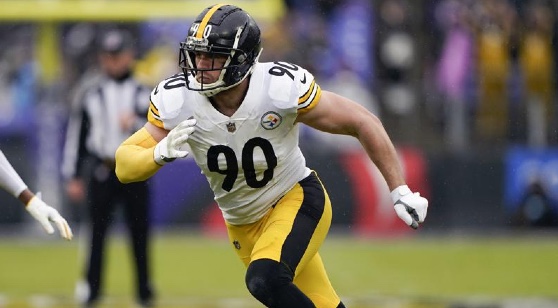 INSIDE THE STATS - PITTSBURGH STEELERS

INSIDE THE STATS - KANSAS CITY CHIEFS

The Steelers head to Kansas City hoping that this will be a much better showing. And it should be, although there is a lot of concern with RB Najee Harris (elbow) questionable for Sunday's game. Harris said after practice that he is feeling better, so he should be ready to go. In addition, WR JuJu Smith-Schuster practiced for a second straight day, as it appears he'll be activated ahead of Sunday's game after a shoulder injury has sidelined him since Week 5. He obviously didn't play in the Week 16 game in Kansas City, so Big Ben will have another huge weapon in the pass game alongside WRs Chase Claypool, Diontae Johnson and TE Pat Freiermuth. Expect the Steelers to have a much better offensive performance than their most recent visit to Arrowhead.

The Chiefs, on the other hand, will be without CEH, and Williams is a question mark, too. Kansas City could have an unbalanced offense against Pittsburgh, forcing them to pass more. While the Chiefs pass attack is outstanding, that's the best part about the Steelers D, allowing just 215.1 yards per game through the air to rank ninth.

This game will be much closer than the first meeting, but the win-loss result will be the same, as we bid adieu to Roethlisberger after a stellar career.