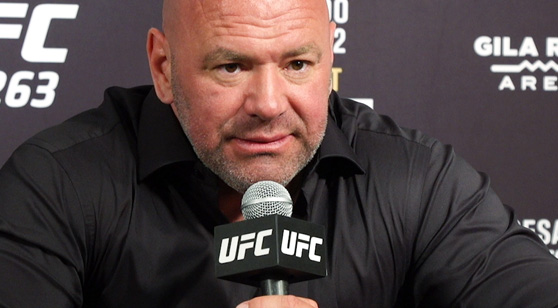 UFC President Dana White took his momentum from 2020 and carried it into 2021 for all fight fans and bettors.

As the final UFC event of 2021 took place last weekend, we now shift our attention towards the new year ahead which is full of intriguing matchups and new prospects.

2021 was home to some great upsets in the octagon. In total, nine underdogs priced at +250, or greater, managed to pull off the unthinkable and get the W.

UFC newcomer Chris Curtis managed to get the shovel under hard-hitting Phil Hawes in a wild fight at 185-pounds. Curtis was priced at +250 against Hawes. In his next bout however, Curtis would be an even bigger underdog as he took on Middleweight contender Brendan Allen in a three-round bout. Interestingly enough, Curtis would pull through once again, only this time he was a +275 underdog.

Another memorable upset was made by UFC’s own knockout-king, Derrick Lewis, as he managed to catch another KO for the trophy case against heavyweight prospect, Curtis Blaydes, back in February. Lewis was priced at +300 for that fight.

There was one upset that trumped them all however, and it's one that went down very recently. As you’ve probably already guessed, I’m talking about Julianna Peña mind boggling finish of the GWOAT Amanda Nunes just earlier this month. Peña was priced at +700, meaning if you somehow predicted Peña to get her hand raised, a $100 stake would have earned you a juicy payout of $700.

Only twice in UFC history have underdogs at greater odds than +700 gotten the win - Matt Serra’s legendary win over GSP and Holm’s dethroning of Rousey. Peña’s upset over Amanda Nunes definitely makes the list for top 5 greatest UFC upsets of all time. I can’t wait to see what 2022 has in store for Peña and her newly-found rivalry with Nunes.

Biggest favorite to win in 2021

Flipping the coin for a second, let us have a look at the biggest favorites to win in 2021.

Diving into the stats once again, there were a total of five favorites priced higher than -769. Among those were notable performances from big names such as Islam Makhachev as he pulled off an impressive win over Thiago Moises whilst being priced as a -1000 favorite.

Arman Tsarukyan, another highly-touted prospect at 155-pounds, also carried a heavy -833 price tag in his bout against Christos Giagos and got the win.

There was one favorite above them all though, and it’s a fighter in the women’s 125-pound division. Valentina Shevchenko snapped Lauren Murphy’s five-fight win streak and defended her title at UFC 266 in September, all the while being a -1429 favorite. With Nunes dethroned at 135-pounds, it will be interesting to see whether we will ever get to see a third fight between Valentina and Nunes. 2022 has many interesting matchups in store for sure, and women’s MMA seems to be at a turning point with Kayla Harrison being a free agent and Namajunas starting to come into her own as champion.

Most profitable fighter of 2021

The aforementioned Chris Curtis definitely deserves a spot among the honorable mentions of this list, however the most profitable fighter of 2021 has to be Julianna Peña.

On top of her +700 underdog win over Nunes, Peña actually picked up another win over Sara McMann on the first PPV event of the year. The fight was priced at pick’em odds, so Peña was priced at -110. $100 stakes on Peña in both of her 2021 fights would have netted you a total of $790 - you’d have almost quadrupled your money backing Julianna throughout 2021.

It’ll be very interesting to see what 2022 has in store for the “Venezuelan Vixen''. Speaking of which, let’s have a look toward the year ahead of us, and make some predictions for what the year has in store for us.

Given the way 2021 has played out in the UFC, 2022 has many interesting things in store for us fans.