Bryce Mitchell and Movsar Evloev were originally supposed to headline this event. However, Evloev had to bow out of the fight after suffering an injury during training last month, and an adequate replacement couldn't be found for Mitchell. That led to the UFC promoting the Women's Strawweight fight between No. 3 Marina Rodriguez and No. 7 Amanda Lemos to the main event of this card. A victory for Rodriguez could lead to her first title shot, and she is a moderately priced favorite per the UFC betting odds against Lemos on Saturday night.

UFC Fight Night: Rodriguez vs. Lemos will take place on Saturday, November 5, 2022 from the UFC Apex training center outside of Las Vegas, Nevada. This bout will be broadcast on ESPN Plus with the prelims starting at 4 p.m. ET and the main card getting underway at 7 p.m. ET.

Amanda Lemos has turned some heads since returning from a two-year suspension after testing positive for a banned substance in the summer of 2017. Lemos has won six of her seven fights since coming back, and her only defeat was at the hands of Jessica Andrade. She has shown an ability to finish fights that is atypical for women in the UFC with two of those wins coming by TKO and two victories coming by submission. That makes her a very live dog against Marina Rodriguez.

Rodriguez has won four consecutive fights since a split decision defeat at the hands of Carla Esparza in July 2020. She earned a bonus for her TKO win over Amanda Ribas, but the rest of her wins have come by decision. Rodriguez has a longer leg reach than Lemos, but her opponent can stand and trade and isn't afraid to shy away.

There is a serious reach discrepancy in the co-main event. Neil Magny has a six-inch reach advantage over Daniel Rodriguez, and his legs are four inches longer. Magny has used his significant reach advantage effectively over the course of his career. He has more decision wins than any other welterweight in the UFC, and his last five victories have all come from the judges.

Since joining the UFC, Daniel Rodriguez has won seven of eight fights. His most impressive victory was against veteran Li Jianliang two months ago, but that victory was by split decision. Rodriguez has not faced someone that can control the Octagon like Magny, and that will allow Magny to pick up the win.

Four-time Greco-Roman World Championships Silver Medalist Mark Madsen has a lot of buzz surrounding him since making the jump to professional MMA. Madsen is 10-0 since January 2018, and he is 4-0 in the UFC. Although his last three victories have come by decision, he has shown more power than was believed for a wrestler, and he stands a good chance of upsetting Grant Dawson on Saturday night.

Dawson is also a former wrestler, but he is nowhere as accomplished as Madsen. While Madsen won a silver medal at the 2016 Summer Olympics in addition to his runner-up finishes at the Wrestling World Championships, Dawson was fighting in regional MMA promotions. Shortly after joining the UFC, he was suspended for trace amounts of a banned substance, but he is now 6-0-1 in the UFC. While Dawson has a little bit of a reach advantage, the right play is still Madsen. 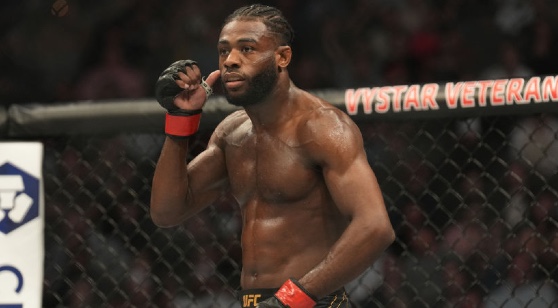