Since then, a surplus of bettors have been getting in on the Michael Chandler side, which is why we’re now seeing the betting lines evening out.

It’s tough for me to say who is the rightful favorite in this fight, but I feel like Oliveira’s odds are more justifiable given his lengthy UFC career, while Chandler only just had his debut earlier this year.

However, there is definitely a history where Bellator fighters are undervalued by the betting market. That said, it still needs to make sense if you’re going with the underdog in a matchup like this, where one fighter is clearly used to fighting at a higher level than the other.

Despite picking against Chandler in his bout against Hooker, I still feel like the question of whether the Bellator competition is as high as the UFC’s is, holds validity. The average ranked contender is simply not at the level of a similar fighter in the UFC.

Sure, the top fighters of Bellator might be UFC caliber, but there are only a few names that I believe could make it in the UFC. 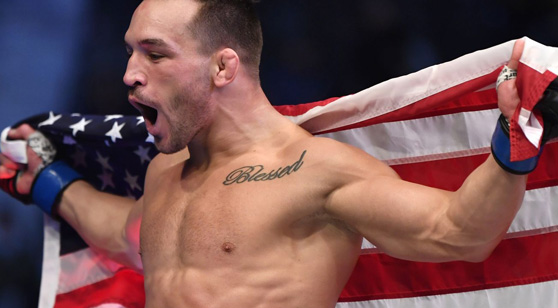 The point I’m trying to make is that Chandler should probably be a bigger underdog than he is in this fight, given his non-existent UFC career. At the same time, Oliveira is a guy who has been a journeyman for the majority of his career, and who has seemed to take his game to the next level as of late. Oliveira will be sporting an eight fight win streak coming into this fight. That kind of UFC experience holds value to me.

There is definitely some recency bias affecting the Chandler betting line, and it’s often best to bet the other way in that situation.

Oliveira is the valued side for me in this fight, because he is the proven UFC fighter. There are still many unanswered questions regarding Chandler’s abilities at the highest level.

I think people are going to start unloading on Chandler, so if you’re backing the Oliveira side, you may want to wait.

Final verdict: The value is on Charles Oliveira.

Along with the UFC Lightweight Championship on tap, the UFC 262 card from Houston, Texas has three other big-name fights and the odds are available.