The event will take place at Gila River Arena from Glendale, Arizona which is the same venue where the two fighters met for their first bout.

Since losing to Stylebender, Vettori has racked up 5 consecutive wins, and is now looking to get his second stab at the undisputed champion.

Adesanya is coming off his first career loss to UFC Light Heavyweight champion Jan Blachowicz, and is now headed back down to his own division to get some redemption.

Vettori is a well-rounded powerhouse, and the rematch with Adesanya should be a great fight!

For the co-main event, we have another great rematch between UFC Flyweight champion Deiveson Figueiredo and Brandon Moreno in the books. The first fight was voted among the best fights of 2020, so the rematch should be quite spectacular.

Let’s dive into the betting lines for the UFC 263 bouts, and see if we can find some value. 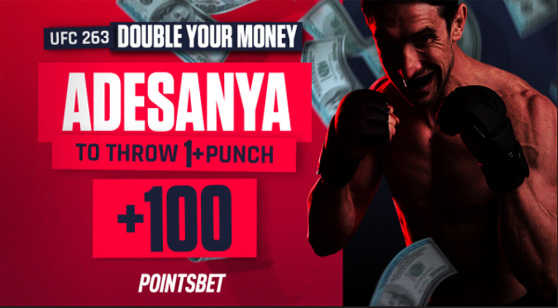 In just his second UFC outing, Adesanya faced the Italian Marvin Vettori in a three round bout. The contest was closely contested, but Adesanya walked away as the winner via split-decision in the end.

Adesanya controlled the early rounds, while Vettori out-grappled ‘Stylebender’ in the third and final round. Overall, Adesanya was the superior fighter, but Vettori’s success in the final round definitely showed Israel that there is more to MMA than striking, and might have been a learning experience for ‘Izzy’ going forward. 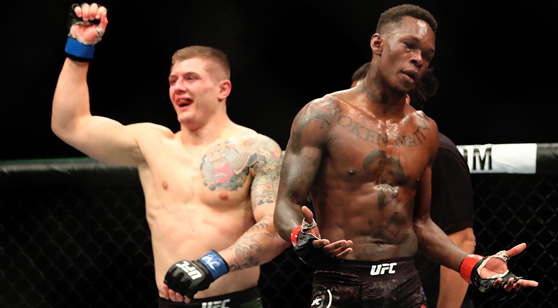 Despite losing the first bout to Adesanya via split decision, Vettori still believes he won the fight in his mind. (AP)

Writer’s verdict: Why did Vettori lose?

Marvin Vettori was simply outmatched on the feet. The 6-inch reach disadvantage made it incredibly difficult for Vettori to get close to Adesanya at all, and made the first two rounds quite hard for Marvin.

However, as we saw in his fight against UFC 205-pound champion Jan Blachowicz, Adesanya is much easier to take down when he’s worn out, which is perhaps why Vettori found success with the grappling in round 3.

Furthermore, it’s hard to pinpoint exactly what Vettori is good at, as seems to fight differently in every outing. Sometimes, he grapples, sometimes he strikes. In spite of this, the guy is one of the more well-rounded fighters on the roster, which could help him against Adesanya this time ‘round.

When the pair met three years ago on the main card of UFC on FOX 29 or what was also known as UFC on Fox: Poirier vs. Gaethje, Adesanya was 28-years-old while Vettori was just 24.

Implied probabilities for Adesanya and Vettori to win are respectively 71%, and 33%.

While the numbers have moved up and down since this fight was announced, the numbers are still in the same neighborhood.

As of Sunday June 6, Adesanya remains a healthy -250 betting favorite at BetMGM sportsbooks. 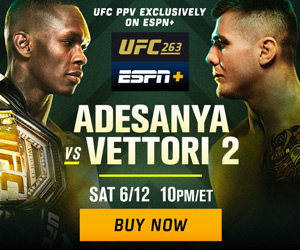 Adesanya is priced at the same odds as he was the last time, which leads me to believe that people are getting off the 'Izzy' hype-train after his loss to Blachowicz.

It's always a good idea to try and cancel out the noise when the public starts to grasp onto a narrative about a fighter, here the narrative being that Adesanya is 'done'.

Adesanya hasn't really struggled in a fight apart from the Gastelum and Blachowicz bouts, and I think his skill level is above the average challenger in the Middleweight division.

Israel is valuable at his current odds of -250.

DraftKings is the only sportsbook offering Over-Under odds for this fight as of Sunday June 6.

The first meeting went to decision although it was a three-round fight.

During Vettori's five-fight winning streak, four of them went to the judges and only two of his career fights in the UFC have finished inside distance.

Adesanya has watched four of his UFC fights finish inside distance, three of them in the second round while the other six bouts went to the scorecards. 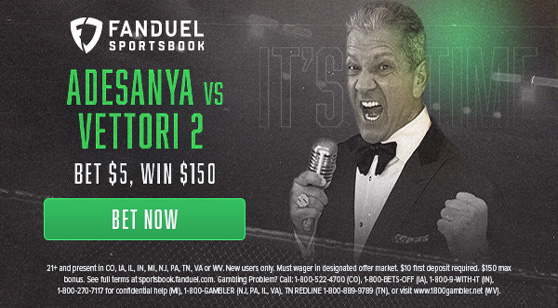 Will the fight go the distance?

While the different round totals can provide more specific bets, this betting market can be easier to deal with if you believe a fight is likely to go the distance.