Fresh off the biggest win of his career UFC Light Heavyweight Champion Jan Blachowicz defends his title against divisional veteran Glover Teixeira in the main event of UFC 267. The event is scheduled to go down on Oct. 30, 2021, in Abu Dhabi, UAE. A has yet to be announced.

Teixeira is currently riding on a tidal wave of momentum with a five-fight win streak over the division’s top contenders. Should he win, the 41-year old Brazilian will go down as one of the oldest UFC champions in the company’s history.

The UFC 267 co-main event sees another title fight, this between Bantamweight Champion Aljamain Sterling and no. 1 contender Petr Yan. This will be the second time these two lock horns, as a controversial first fight left fans demanding a rematch to determine who the rightful champion is.

Other intriguing UFC 267 matchups include the return of Khamzat ‘Borz’ Chimaev as he will take on hard-hitting Li Jingliang in the 170 lb division. 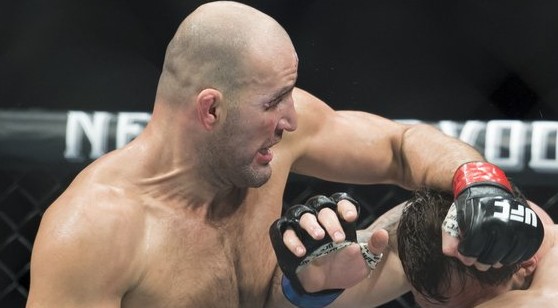 No shifts have been observed in the betting line yet, meaning betting action from sharps and the general public has yet to be made.

The betting line currently has Blachowicz as a big favorite, -250, while Teixeira is the underdog at +200.

In recent years, champions have been getting more consistent in the octagon with a win rate of 70%, to trump the historical win rate of 65%.

Blachowicz’ odds are clearly affected by his most recent win over UFC star Israel Adesanya. The two faced each other back in March, where Blachowicz would walk away victorious after five hard-fought rounds, winning unanimously on all scorecards.

Historically, Blachowicz has never gotten this respect from the betting market, as we’ve seen him closing as the ‘dog in 11 of his 16 UFC bouts. In his last two title bouts, he closed at an average price of +217, meaning the betting market gave him a 31% chance of winning in both instances.

WHERE IS THE BETTING VALUE?

Looking at the betting line for his upcoming title defense, the recency bias at play is crystal clear.

The age for Teixeira is what most people seem to be talking about for this fight. However, it’s easy to forget that Blachowicz himself is up there in age, as the champion turned 38 back in February. There’s only an age gap of three years.

Sure, Blachowicz is probably the better striker, but Teixeira puts everything together well. He has a good chin for his age, and is an expert on the ground. Note here that Blachowicz has been submitted before.

All in all, the value is on Teixeira at these odds. The adjustment in odds from the market is simply too great here. Jan went from being a +225 underdog defending his own title, to being a -250 favorite in his next fight. The shift is too great not to take advantage of. Let’s not forget the guy has lost eight times. He’s definitely not unbeatable.

Blachowicz-Teixeira tale of the tape