The Ultimate Fighting Championship (UFC) is back with another action-packed PPV event on November 6, 2021. Welterweight Champion Kamaru Usman is expected to rematch rival Colby Covington in a five-round main event for the 170-pound title.

Usman got the better of Covington in the first outing, winning by a late fifth-round stoppage. Just before that, in the co-main event, we have another championship rematch to look forward to, when newly-crowned Women’s Strawweight Champion, Rose Namajunas, takes on former champion Weili Zhang once again.

The first fight took place just months ago, where Namajunas got the KO just one minute into the first-round. UFC 268 is expected to feature other high-profile names such as Justin Gaethje taking on Michael Chandler. 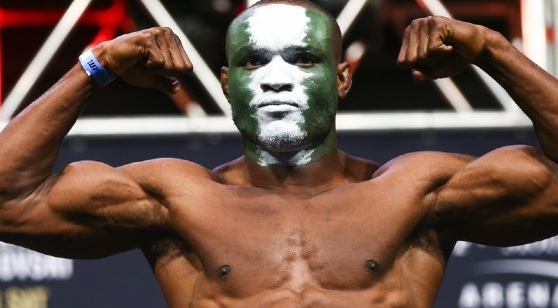 Kamaru Usman has yet to taste defeat in the UFC octagon. (AP)

This is a rematch for a bout that Usman initially won. The first fight took place on the feet, and while both fighters landed good shots Usman had a clear power advantage while also switching up his attacks more efficiently. The body shots were working for the champion while the challenger was headhunting with limited success as the fight progressed.

Value-wise, Usman is a solid lock. He’s the unbeaten UFC champion, and still seems to develop from fight to fight. Has he even hit his prime yet? We don’t know, but he just keeps showing up better and better every time he enters the octagon. Knocking out Jorge Masvidal is something no one has ever been able to do before, in the UFC, and Usman did it.

In rematches, the winner of the first wins around 70% of the time. At the same time, champions defend their belts 70% of the time. Those are two strong statistics speaking in favour of Usman already.

Both fighters are excellent wrestlers, but we saw in the first fight that neither wanted anything to do with the other’s ground game -- the wrestling of both fighters cancelled out.

If we get a striking contest again, Usman has the better striking stats. Not only does he average more strikes per minute with a higher accuracy, he also absorbs less and has a better striking defense. To top it all off the champion has a four-inch reach advantage.

As I’ve mentioned before, statistics don’t account for power, and Usman has the clear power advantage in this matchup. Covington is a gifted striker, but he throws nothing but volume. The guy has finished two fights via TKO in the UFC, (not counting the rib-injury TKO over Woodley). Usman has four, and the ones he has produced aren’t ground and pound stoppages, they’re stone-cold KOs as per the original definition of the word.

All in all, Covington’s volume could give him one or two rounds, but I don’t see any way he stops the inevitable power from getting through his defense and catching him cold. The value is on Usman again. He is one of those guys you never fade.

Usman-Covington 2 tale of the tape