The UFC is keeping their amazing PPV-event streak going on Saturday, December 11, when UFC 269 is scheduled to go down in the T-Mobile Arena of Las Vegas, Nevada.

With a lineup fans can only look forward to, UFC 269 is packed with ingruting matchups from top to bottom, all leading up to the 155-pound championship bout between current champion Charles Oliveira, who will take on the no.1 ranked contender Dustin Poirier.

Just before that, the female GOAT, Amanda Nunes, is back to defend her 135-pound title against Julianna Pena, who is coming off an impressive submission win over Sara McMann.

Let’s dive into the betting lines for UFC 269 main event, while trying to deduce where the valuable sides to back are. 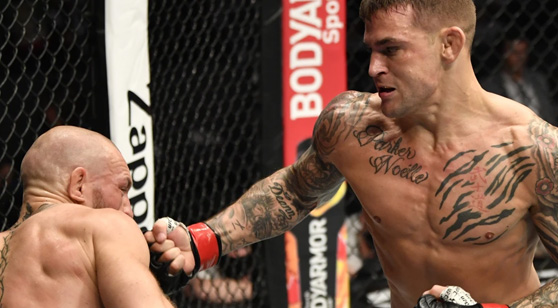 Dustin Poirier has been installed as the betting favorite for his UFC 269 main event versus Charles Oliveira.

I think this is a great example of recency bias affecting the Dustin Poirier betting line, resulting in us getting great value on the defending champion here.

Bettors remember what they saw last, and Poirier is coming into this fight off two straight wins over fan-favorite Conor McGregor. All the eyes are on Poirier as he has picked up hype in his bouts with McGregor.

The betting public views this as Poirier’s fight to lose, but I think Oliveira’s strength of schedule is being downplayed once again. The champ has won nine straight, and has only lost one round during that win streak.

Oliveira has picked up seven performance bonuses in his last nine bouts. He is every bit as dominant as Poirier has been of late, and he is being disrespected with this betting line.

Oliveira vs. Poirier tale of the tape

Poirier is a great fighter all over the board, but Oliveira has the grappling, and he is not completely outclassed on the feet as some people think. Oliveira has underrated striking, having won three of his last five bouts by way of knockout.

We haven’t even touched on Oliveira’s ace, which is grappling. Poirier is a good grappler himself, but he can be submitted, and I favor Oliveira if this fight hits the mat.

All in all, that nine-fight win streak shouldn't be bet against, Oliveira has been the ‘dog twice during that run, and has burned the bookies both times.

Final verdict: The value is on Charles Oliveira

UFC on ESPN+ 22: Blachowicz vs. Jacare

UFC on ESPN 12: Poirier vs. Hooker 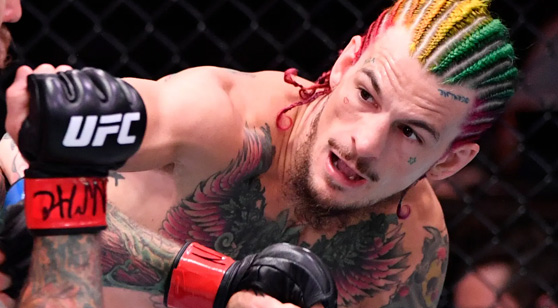 The always exciting Sean O'Malley will lead off the UFC 269 main card and he's listed as a healthy favorite again.