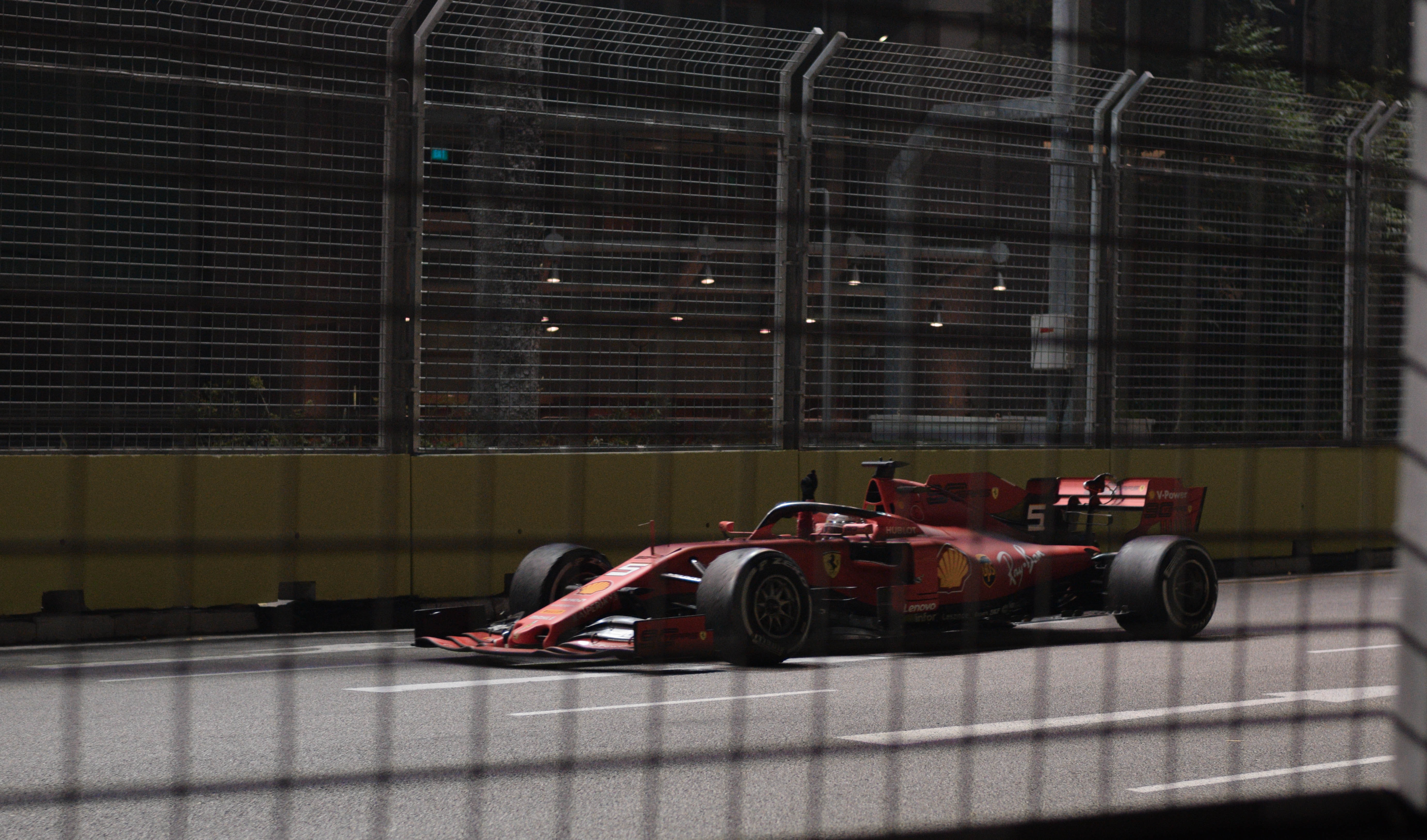 Our team had a great discussion with Formula 1 great Juan Pablo Montoya who gave his insights on the teams competing this season and how they can be assessed, especially in the mid-pack. He also tipped the Ferrari engine to be successful and with it, Ferrari and Haas.

What are your expectations from Haas this season? Lando Norris suggested they could rival McLaren.

"If Ferrari built a good car that it looks like they have, and you're Haas and you get the engine, the gearbox, the rear suspension and the front suspension and you do a half-decent job on the aero package, you might not be that far from a Ferrari."

"Again let's go back that they have two years of work on the car but you saw that the freight was late and they didn't do enough laps or anything. But if you look at the end, when they had the extra hours and they were running, Mick (Schumacher) was pretty quick." 41:33

"If you're gonna go through the grid, you'd say Red Bull number 1, the way it looks at the moment, probably Ferrari two and third maybe Mercedes and a McLaren there as well."

"Where do you put the AlphaTauri? Do you put it really close to the Red Bull, because they're sister teams. They should be right there."

"You look at everyone else, Aston Martin, where is Aston there? They're so packed."

"From testing times, you could say Haas isn't in the top 10. So who's on the back of the grid? Is it Williams, or is it Alfa Romeo."

"It is really exciting and I don't think we're gonna get a full read of where they are in the first race because they went to Barcelona and they had all this porpoising and the car becomes awful, you can't even see where you're going."

"With that it's so bad, your braking gets disturbed and if you start getting into high speed corners, then the downforce is unpredictable. The only way to stop it is to raise the height off the car and then if you race it, you take a lot of the downforce off."

"So, you might see cars that are quite off the pace and once they saw the porpoising, they might go half-second, seven times quicker a lap."

"In the car that used to race in the States, the Acura, we used to have a lot of porpoising in Daytona. And in Daytona, they always had to find a way to make it stop and I think it was the front of the car that did it, it was bouncing like crazy."

"In the places we didn't have to worry about it, we were crazy fast."

“Redbull is going to be really strong. Adrian Newey is a genius when it comes to new ideas and new cars. Every time there is something new, he normally really stands out. And this is probably going to be proof of that again. You gotta have Mercedes, and that Red Bull, McLaren, Ferrari and Aston Martin.”

“The Aston Martin has been really quiet in the test. If you look at all the Mercedes cars, they haven't been that quick. So is it that they are not that quick or they are sandbagging like crazy. It really matches everything. You look at where they run, and it's kind of an unknown.”

“I think it will be interesting to see how much of a step a team like Williams is going to be taking, now with the new management really taking over. The last couple of years, yes they bought in and bought the team and everything, but they were still, it's not like you jump in and you said 'new owner, the car is going to be fast', You already have the car. There's no magic here. I'm sure they have put a lot of effort into this year's car, so it will be interesting to see how it runs.”

“I think Haas did the same thing. Haas said 'we are not going to put any money into the old car, because it was bad', and they took two years of awful running and they are hoping all that effort put into the new car is going to pay off.”

“Who's going to be last is still a question mark. I would assume if Red Bull is that quick, AlphaTari, which is like the sister team, needs to be pretty close. They are on the same engine and everything. It's cool.”

“We are going into a race with a lot of unknowns. If I was going to put any money for this weekend, it would be on Max for sure. From the way he looks. Just looks really really strong. Who else is going to be there, I don't know.”

What do you make of Haas’ decision to replace Nikita Mazepin with Kevin Magnussen?

"I think a lot of people were surprised, but I think he was the right person for the job."

"And they understand the sport."

"When that happens, it's easy to make that decision. You can either have somebody with crazy amounts of money or you look for somebody that's gonna help the team."

"At that point, you're gonna look for somebody that is going to help the team, more than anything else, in my opinion. And I think they went for the safer route. That is the safest route they could go with. Because, who else are you going to hire?"

"(Pietro) Fittipaldi hasn't raced in how many years? And he did a decent job when he replaced, a year and a half ago. But since that race, I don't think he's raced anything."

"There's not enough people there to tell you - 'do this, do that'."

"Are they gonna gamble it on a young guy? With no testing experience, no simulator time, a week before the race?"

"The choices were Grosjean but he signed with Andretti for a multi-year deal. He's in a happy place and I don't think he would go for it. So the other guy was Mags."

"The other guy you could have looked for was (Nico) Hulkenberg. But again, he hasn't raced for a while. He replaced Vettel last year in Silverstone."

Are there any teams that's writing off this season and working towards next season?

"Haas built the car two years ago, put in a lot of money, they reinvented the car, they tried and nothing made the car go any quicker. I think they said 'screw it, we are not doing anything - we are not going to put a penny into this car, and we are going to put all of our efforts into the new car'."

"When they put all the effort into a new car, it's a different world. Because they took their money from last year and this year into the same car. How big of a step they are going to take, I don't know. They get a lot of things from Ferrari, so if Ferrari runs really strong, they are going to run stronger. If you look at when Haas came in, Ferrari was winning races.”

“And at Alfa Romeo, I think Bottas is coming out with a vengeance. I think he really wants to do a good job. People behind Sauber want to make sure they run well. And they are on a Ferrari engine as well. We need to look at the first race and the first race is going to give us a direction where things are, but it's not going to define the year completely.”

“I think you are going to see differences on different race tracks."

Who do you think stands to benefit the most from the new cars/rules?

“Normally it's the smaller teams. And teams that were struggling.”

“This rule change is huge for a team like Ferrari, a team like McLaren. The mid-range teams."

"The Aston Martins. All of those teams have a really good opportunity to show what they can really do. And it puts a lot of pressure. Like Lewis was saying 'we are not winning this year, we don't have a winning car right now'."

"And it looks like a handful right now when you look at the onboards. It opens the window for a lot of changes. Those changes up there make a huge difference at the end of the year on the money for the teams.” 20:32

“We have to wait and see how the cars handle and what they are saying about it, but someone that was not looking that good could also start looking really good, and somebody that used to look really good with that car is going to go 'uh, what happened to him'. It's not like he forgot how to drive, it's just that he's probably really uncomfortable."

"You got to be comfortable.  When you are driving a car to the limit, and you are pushing as hard as you want, and your teammate is comfortable with what the car gives you as feedback, the way it moves, you are going to lose time.”

“If you look at Norris and Ricciardo. Daniel has not been comfortable in the McLaren, where Lando has. It's very interesting.”

Lando Norris had a pretty solid season last time out. What should be the expectations from him and McLaren this season? Norris himself has mentioned that the pre season tests were ‘less than ideal’ and McLaren should regard Haas as a rival. Do you agree with him on that?

“Is it a real issue, or is it an issue because Mercedes are hiding how everything works? Or is it the new Mercedes just the way it works - you need more breaks on the car. Did someone screw up on the calculator or something?”

If you're looking to place a safe, legal bet on F1 racing, check out Caesars Sportsbook or PointsBet!

Photo by Michael Heng on Unsplash