The Marquette Golden Eagles take on the Providence Friars in a huge March Madness bubble game in the Big East. Tip for is set for 7 p.m. (ET) and will air on the CBS Sports Network.

This game is split, as Providence opened as the favorite but since the odds have dwindled to a straight pick em. Marquette has failed to cover 10 of 15 games this season, while Providence is 7-8 on the ATS. Seeing how this game has no spread, we move to the SU records which both schools are 8-7 on. 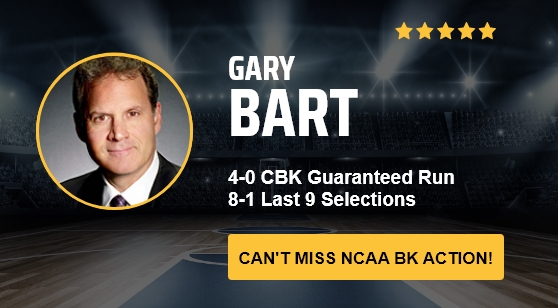 There are a few names to watch with Marquette, beginning with Dawson Garcia. Garcia leads the team in both points and rebounds per game, while Koby McEwen and D.J. Carton average over 12 points a game.

This team spreads its production, but the defense is the main concern for Marquette. Despite allowing under 70 points per game, the Golden Eagles have a defensive efficiency rating of 101.3 which ranks 226th nationally. The team also averages just 5.5 steals per game, which ranks a woeful 264th.

The block numbers are up, averaging 4.3 per game which ranks 59th. Most of that comes from John however, averaging nearly two per game. While the numbers may look productive on offense, they're a bit misleading.

In a nutshell, Marquette lives and dies by the three-point shot. There isn't a whole lot this team does well outside of making three-pointers and rebounding the basketball. John provides blocked shots, but outside of that there is no real defensive threat for the Golden Eagles.

They now face a home team with a ton of attitude, grit and almost always being prepared. The game might come down to Providence's perimeter defense, but if Marquette can somehow win the inside game then they should see a road win here.

In the last meeting, Providence allowed five players to score a double-digit point total, along with seeing seven total three-pointers drop for the Golden Eagles. Marquette actually beat Providence with their weakness - playing the inside well.

Also note that Providence just finished a four-game road stretch, so now they are returning home against a school they'll be looking for revenge on. It might not matter how many points David Duke and Nate Watson score.

The two showcased nicely against Marquette the first time, while A.J. Reeves saw four more points than his season average. So the issue for Providence isn't necessarily scoring on Marquette, but rather forcing them to take contested threes.

Providence can't allow Marquette to win the game from the inside, where they are typically outmatched. Still, the Friars enter with the 273rd-ranked defense in the country so don't hold your breath. This game features two teams with susceptible defenses that, ironically, will need defense to win.

Inside the Stats – Marquette Golden Eagles

Inside the Stats – Providence Friars

Marquette is the slightly better team, but most outside factors point towards Providence here. As noted, the Friars are finally home after a difficult four-game road series. Marquette just lost to DePaul though, so a focused Marquette team should be expected.

It's very difficult to predict which defense will mess the game up more, so if you're uneasy on the home Friars then the point total is a top suggestion. 139.5 feels very low for two teams that saw over 140 last time they faced.

It seems reasonable to think that one team will touch 70 points in this one, and a double-digit victory for either school feels unlikely. Assuming one team can eclipse 70 points, the OVER should be the play.