The Oregon State Beavers square off with the Loyola Chicago Ramblers in a Sweet 16 matchup at 2:40 p.m. ET at Bankers Life Fieldhouse in Indianapolis. The game will be televised on CBS.

The Beavers weren't considered much of a contender during the early and middle portion of the regular season, but they sure closed strong. They won the Pac-12 Tournament in shocking fashion, but obviously it wasn't much of a fluke. Just ask Tennessee and Oklahoma State, two higher seeds who were dispatched by the Beavers. Now, they face another daunting task.

The Ramblers made 101-year-old Sister Jean Schmidt proud with a pair of victories to kick off the Big Dance. Loyola might have have a bit of good fortune, in a weird way, as ACC Player of the Year Moses Wright of Georgia Tech was unable to play in the first round. Loyola eased past the ACC champs. However, they completely outplayed the full squad of No. 1 seed Illinois, winning 71-58 in convincing fashion as seven-point 'dogs.

The Beavers have won five consecutive postseason contests since being dropped 80-67 by rival Oregon in the regular-season finale. Like Oregon State, the Ducks are also in the Sweet 16, and the Beavers exacted a little revenge on their rivals from Eugene in the Pac-12 Tournament, winning 75-64 as 8.5-point underdogs.

Oregon State has been an underdog in each of its five postseason games on a neutral floor, and they have won and covered all five outings while hitting the OVER in four of those games. They have also had consistent offensive production, going for 70 or more points in each of the outings, while allowing 70 or fewer points in each of the past four, employing stellar defense.

Speaking of defense, Loyola Chicago has the best statistically in the nation. The Ramblers allowed just 55.7 points per game to rank No. 1 in the country, and they were 41st overall at 40.7% on field-goal percentage. They were just average guarding the three. On the flip side, they hit 50.4% from the field to rank fifth nationally.

Many critics and doubters of Loyola went to the old "who did they play argument", but they cannot be debated after they ousted top-seed Illinois in this region. The Ramblers are legit, and they're on a roll, partying like it's 2018. Loyola enters this contest on an eight-game winning streak. 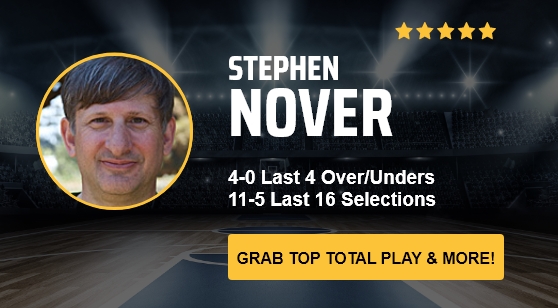 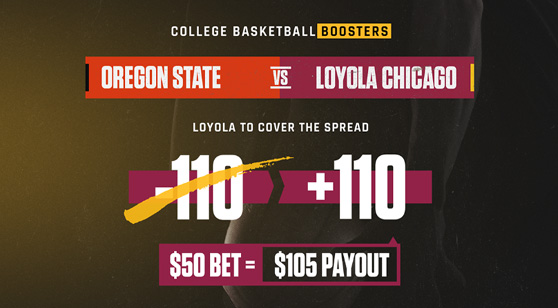 The Beavers are looking to grab that 20th victory of the season, and win for the sixth consecutive time. Not only have they been winning, but they have been making a lot of people happy at the betting window. Oregon State has covered five straight, while going 12-1 ATS across the past 13 games overall.

As far as the totals are concerned, they have been a nice parlay option as well. Oregon State and the OVER, please! The Beavers have hit the OVER in four of five games in the postseason, while the OVER has cashed in seven of the past eight overall dating back to Feb. 27 at Stanford. That's when this team really started to hit its stride.

Ethan Thompson was sharp against Oklahoma State, going for 26 points with seven rebounds and a blocked shot. He was also a difference maker at the free-throw line with just one miss in 16 attempts. Roman Silva was a defensive force down low, too, posting 12 rebounds with four blocked shots against the Cowboys.

The Ramblers aren't sneaking up on anybody anymore. There was a sneaking suspicion Porter Moser's team was special again after they upended Georgia Tech. This was confirmed in the second round when they sent the first No. 1 seed packing, beating fellow Land of Lincoln resident Illinois.

Loyola has been consistent in the NCAA Tournament, scoring 71 points in each outing while allowing 60 and 58 respectively. They're also on a 5-0 ATS run, including 4-0 ATS in the past four as a favorite. The Ramblers aren't fazed by winning teams, going 9-1-1 ATS in the past 11 against those with straight up winning records.

The Ramblers defense is tenacious, and they gave national Player of the Year candidate Ayo Dosunmu all sorts of fits, holding the Illinois star to just nine points on 4-of-10 shooting. He also committed six turnovers while grabbing just two boards with two assists. The Ramblers defense can get in the heads of the best of them.

The Beavers had three players go for 15 or more points against Oklahoma State, led by Thompson with 26. Maurice Calloo was the big man off the bench with three triples, going for 15 points, while Jarod Lucas ended up with 15 points and six rebounds. Don't forget about Warith Alatishe, either. He had just six points, but contributed with 12 rebounds and two blocked shots to make a huge difference down low.

Loyola's Cameron Krutwig is enjoying his time in the spotlight. He had a tremendous game with 19 points, 12 rebounds and five assists against Illinois while also posting four steals. Lucas Williamson and Marquise Kennedy also had 14 points each, serving as the three scorers in double digits. If there is one area of concern, it's that the Ramblers hit just 15-of-22 from the free-throw line against Illinois. 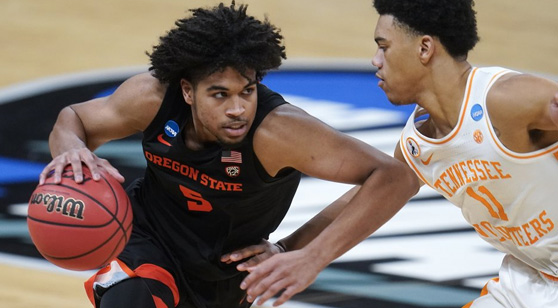 Ethan Thompson and the Oregon State Beavers have been one of the hottest ATS teams in the nation. (AP)