In the second of Sunday’s four Sweet 16 showdowns, Michigan has been opened as a short favorite for the 5:00 p.m. (ET) tip at Bankers Life Fieldhouse and CBS will be providing national coverage of this ACC-Big Ten matchup.

The top half of the East Region has gone chalk through the first two rounds. Florida State now has the chance to eliminate the only remaining team from the Big Ten.

Given the Seminoles’ playing form in their first two games, I will take that bet against a Michigan team that may be just as overrated as its entire conference was this year.

I do see an entertaining contest between these two teams that drives the final score OVER in this regional semifinal.

The Seminoles did not always look like a Sweet 16 team down the stretch with straight-up losses to North Carolina and Notre Dame as favorites.

The five-point loss to Georgia Tech in the ACC Tournament as 4.5-point favorites fueled those concerns. However, a pair of double-digit victories in this tournament has Florida State back on track.

Michigan raised some red flags as well with a late-season loss to Michigan State followed by an early exit in the Big Ten Tournament with a loss to Ohio State.

LSU had the Wolverines on the ropes this past Monday in a game that was closer than the final eight-point margin. All the pressure in this next game is on Michigan as Big Ten fans wait for the final shoe to drop.

Florida State was favored by 10.5 points in its 64-54 win over NC Greensboro. As slight one-point favorites in the next game, the Seminoles beat Colorado 71-53. The total stayed UNDER in both of those games.

The Seminoles are 13-4 SU over their past 17 games. They have now won 13 of their last 17 March games SU as well. They have a 12-6 record against the spread in their last 18 games as underdogs.

The total has gone OVER in 12 of Florida State’s last 18 games but it has stayed UNDER in six of its last eight games played on a Sunday.

This is a tricky team to nail down, winning tough games but also losing to teams such as Notre Dame and Central Florida. Florida State seems to have the cliche case of 'playing up and down to the opponents level'. If that's the case, expect a good game from FSU. They are streaking within games though, so don't be fooled into a live betting situation for this game.

The Wolverines rolled to a 82-66 victory over Texas Southern in their tournament opener but it was not enough to cover the closing 24.5-point spread. They did cover as 4.5-point favorites in Monday’s 86-78 win against LSU. The total went OVER in each matchup.

The status of Isaiah Livers should be monitored as long as Michigan is in the tournament. The Wolverines high-octane offense has flourished in two games however, but ow face length and size in Florida State.

Still, the Wolverines have a solid big man, great guard play, experience and the nation's best coach. What else do you need?

Guard Anthony Polite played a huge role in Monday’s win against Colorado with a career-high 22 points. Guard MJ Walker has been the team’s leading scorer this season with 12.3 points per game. He only managed to score a combined 11 points in his first two tournament games.

Wolverines’ center Hunter Dickinson has led the way this season in both points (14.2) and rebounds (7.5). He posted a double-double against LSU with 12 points and 11 rebounds. Guard Mike Smith scored a team-high 18 points in Michigan’s opening round win over Texas Southern. 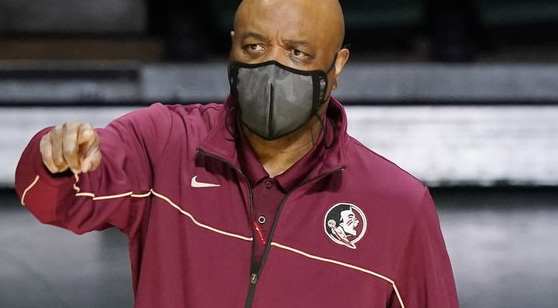 Leonard Hamilton and the Seminoles have been great defensively in the NCAA Tournament, holding teams to 53.5 PPG. (AP)