USC comes into this Pac-12 tilt as a slight two-point favorite against its rival. Sunday night’s tip on TNT is set for 9:45 p.m. (ET) at Bankers Life Fieldhouse with the betting line for the total set at 138 points.

These two teams met once in the regular season with the Trojans coming away with a comfortable 72-58 victory as 3.5-point home favorites. Over the past few seasons, the overall series has been as close as it gets with an even 5-5 record both straight-up and against the spread in the past 10 meetings. I am taking the Ducks this time around to win the game SU.

I'm also taking the OVER on the total line. Each team should be able to match its 75-point scoring average in an entertaining contest.

Oregon received a free pass to the second round of the NCAA Tournament when VCU had to withdrawal because of health protocols. However, the Ducks earned their way into the Sweet 16 with an impressive 15-point upset over the No. 2 seeded Iowa Hawkeyes. With that convincing victory, the Pac-12 regular season champs are now 7-1 SU in their last eight games.

The Trojans are also bringing some solid momentum into this conference clash with their lopsided rout over Kansas in the second round. They opened the tournament with a double-digit victory against Drake. This followed a shaky 4-4 run SU (2-6 ATS) in their previous eight outings. It is still this level of inconsistency that cast some doubts on USC for Sunday’s game.

The total has gone OVER in the Ducks’ last eight games. It went OVER the closing line in 18 of their 27 games this season. It has also gone OVER in their last five neutral-site games.

Guard Chris Duarte had the hot hand against Iowa with 23 points while shooting 9-for-12 from the field. Guards’ LJ Figueroa and Will Richardson combined for 40 more points and 13 rebounds to help seal the win.

Forwards’ Isaiah Mobley and Evan Mobley combined for 27 points, 21 rebounds and nine assists in the win against Kansas. Guard Isaiah White added 13 more points while going 3-for-4 from three-point range. 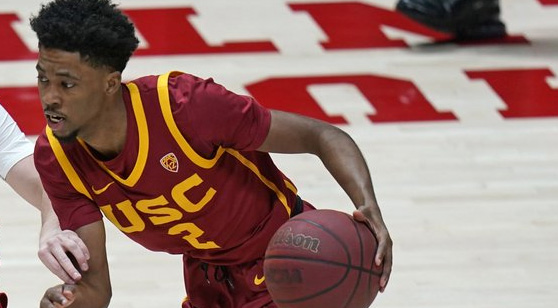 The Trojans have covered three straight and four of their last five encounters against the Ducks. (AP)