As the teams from the Central Division get reacquainted this year, they'll know that five of them have playoff experience from a year ago to draw on, a number they are hoping to duplicate this season with how bad the bottom of the Pacific Division could be. But the five playoff teams from last year doesn't even include the Dallas Stars who are one year removed from making it to the Finals, and Chicago didn't trade for Vezina winner Marc-Andre Fleury thinking this would be the fourth time in five years that they'd miss the playoffs.

The depth in this division from top to bottom might end up being one of the best in the league, but beating up on one another doesn't always do a team many favors. All of them are expected to be looking well up at Colorado in the standings when all is said and done, as the Avalanche were among the league leaders in many of the top analytical categories last year, and with a young core all staying put, there really aren't any reasons to think it won't be more of the same right now.

Maybe a month in and some losses on top of some injury concerns could change things, but as a -250 division favorite – the biggest price by far of any division this year – it's more about a bettor's commitment to want to lay that price. Remember, these markets will be available all throughout the year. Should Colorado struggle early for whatever reason, or still be looking up at one or two teams by the Olympic Break in February, the division price on the Avalanche then will be much more attractive than it is now.

If you've backed the correct “other” team in those scenarios, then you're looking at having the “other” at +650 or better (Minnesota's price as second favorite) and whatever current price that's taken on the Avalanche during the year. That's not a bad position to be in either.

And yes, Colorado could cruise on top from the outset and any wager on an underdog here ends up as a lost cause, but I'd still prefer that over having to sweat a -250 play over the course of 82 hockey games where all sorts of puck luck can cause havoc with expected outcomes.

Colorado's worthy of being a chalky favorite here, but that doesn't mean they are necessarily worth a bet. Chances are the Avalanche win this division in the end, but how many times have we seen previous President's Trophy winners take it a little easier off a year with disappointing success in the playoffs? These teams tend to come away with a better understanding that they don't need to go all out in the regular season.

Tampa Bay's won two straight Stanley Cups without a division crown after cruising to the President's Trophy in 2018-19, and we just saw the Milwaukee Bucks do the same thing in the NBA (best record in 2019-20, won NBA Championship in 20-21). 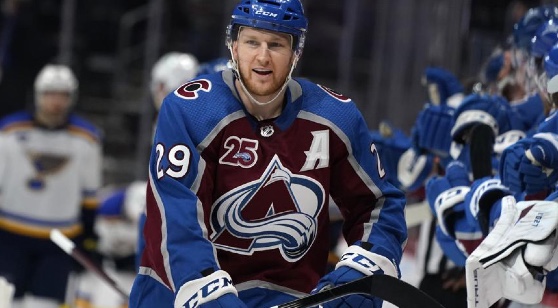 Nathan MacKinnon and the Colorado Avalanche are heavy favorites to win the Central Division entering the 2021-22 season. (AP)

If my thinking with Colorado is that they'll be a team that isn't so concerning with a division title this year, and the preseason price is basically tough to bet as it is, the only play here is to grab one of those teams with a total points number in the 90's and hope they are at least one team that pushes the Avalanche this year.

The idea of just taking the team with the biggest odds – St. Louis and Chicago share +1800 price tags – but neither of those teams could keep the puck out of their net last year. Chicago ranked 29th in xGA/60 and the Blues were 22nd , barely better than the Arizona Coyotes (24th) who are expected to be nowhere near the level of the rest of this division.

Chicago made the Fleury move to address that issue, but age with him still has to be a bit of a concern, despite proving that argument wrong in spades a year ago. The team in front of Fleury in Vegas was better than what he'll have in front of him in Chicago too, and having Chicago making the massive leap from what they were a year ago to being best in a division that includes Colorado feels too big of a realistic leap to make.

Which leaves Winnipeg and their price (+1400) as the next ones up, and they are in the same boat as St. Louis and Chicago here, as they ranked 27th in xGA/60 last year and were only able to find some playoff success because they could score themselves. Teams are going to need to be able to be comfortable in 4-3 type games if they want to get past the Avalanche in this division, but until a big change is seen from the Jets defense, I just don't know how you can trust big change to happen.

All of this leads to Dallas being the play as the price is there (+1000), and they finished last year third in x/GA 60, as it was their own offensive struggles that caused too many slip ups. Having a strong defensive blueprint to any system is going to keep teams competitive with anyone, and Dallas has enough talent up front to be a far better offensive team.

Having a defensive-minded team is my preferred profile of a squad trying to take down a powerhouse like we could have with the Avalanche here, and at least in terms of going into the season, a +1200 price to win the division on a team with the 3 rd highest team points line is a comfortable position to take up at the moment. 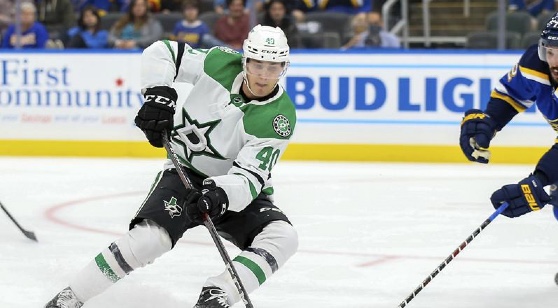 The Dallas Stars enter the 2021-22 season with odds of winning the Central Division at +1000 with BetMGM. (AP)

The Blues did get hosed a bit in terms of not having the proper chance to defend their 2019 Stanley Cup win when the 2020 season was forced to go into a bubble, and as a member of the West Division last year, St Louis didn't play great, but did enough to get that 4th and final playoff spot.

But it was the woodshed beating they took in getting swept by Colorado in that first round that could be looked back upon as the championship window on this Blues core getting firmly shut. St Louis lost all four of those playoff games by at lest three goals, and now having to deal with more quality competition on a regular basis back in a much tougher division, I think the slide continues for the Blues this year.

I don't believe much will change with their issues of keeping the puck out of their own net from last year – especially not against a better field of division rivals – and only Anaheim, Detroit, Buffalo, and Columbus had worse xGF/60 numbers than the Blues did a season ago (ranked 27th in NHL). The odds on those four teams to make the playoffs this year are +1500,+800, +1700, and +1100 respectively.

This Blues team compares to those squads offensively, was only one of two teams in the bottom 10 of xGA/60 last year to make the playoffs (Winnipeg was the other), and they don't get to see the California teams 24 times a year anymore. It really does feel like it's setting up for potential disaster for the Blues this year, as it's not like even living up to their tied-4th billing in the Central Division based on team point totals would for sure get them into the playoffs anyways. 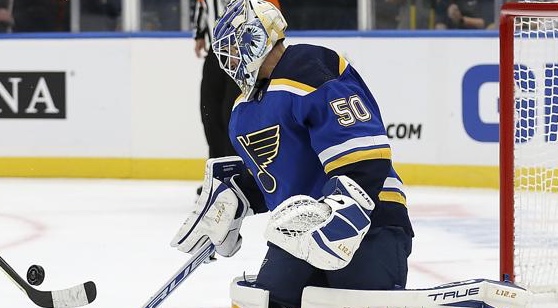 The St. Louis Blues have turned over half their roster since winning the Stanley Cup in 2019. (AP)

It's easier to pause the Colorado wins the division yes or no discussion for now and look at some of the team totals as the history suggests this division will finish with three very good teams at the top. No other division in hockey has had a higher point total put up on average by their Top 3 finishers, and the last place average of 76.5 is the highest average number for any other last place team in the other divisions.

That concept might be something to keep in mind when Central Division teams are out playing the rest of the league this year, as they seem to all hold their own in gathering points in those games. But these are the current numbers these teams are saddled with for this season:

Five of those six seasons saw the Central Division basement dweller finish with 76 points or more, and on the other side of the coin, the division champion only hit 110 or more once, but that year also saw first and second place finish with 114+ points (2017-18 with Nashville-Winnipeg).

That history makes for an interesting discussion on Arizona and Colorado's team points totals prospects, and as someone who does side with the idea that Colorado could mail in more of the regular season as a reigning President's Trophy winner coming off playoff disappointment, it's the 'under' on Colorado's number that looks quite attractive.

Five teams all within six points of each other (Chicago, St Louis, Winnipeg, Dallas, Minnesota) are probably going to end up with some sort of combination that's either 3-2 O/U or 2-3 O/U when all is said and done, and the frustrations that come with trying to be on the correct side of those likely coin flips are too time consuming at this point of the year.

Obviously those win total numbers suggest it being Minnesota and Dallas finishing second and third , so with those positions historically being over 100 points - second place was 100+ in five of six seasons, third place was 100+ in four of six seasons – get on good read on the team that looks like they could finish second behind Colorado and an 'over' play should be in order. It doesn't necessarily have to be between Minne's to end up hitting the century mark.

Colorado's Nathan MacKinnon (+600) has become such a force in this league that he may look back on his
career at the end and think it's a shame he played in the heart of the Connor McDavid era and lost out on numerous awards to the Oilers superstar.

MacKinnon is the second betting choice on the board for the Hart Trophy this season, and I think if Colorado does end up being the team (or better) that they are projected to be -potential President's Trophy winners again – it's going to be hard for MacKinnon not to have a great crack at this award.

It's been an era where Hart Trophy winners just don't repeat for a wide variety of reasons, and MacKinnon has the pedigree of a guy who should be able to find a Hart Trophy win during his career (MacKinnon was drafted No. 1 overall and won ROY).

With expectations being what they are for Colorado, and MacKinnon going to have a big part in all of that, I think one of the best ways to play on a positive outcome for Colorado is with a MacKinnon Hart Trophy ticket.