I mentioned how this first game against Tampa in this two-game set would really test the Predators as to how legit their winning was going into it. Nashville looked the part of a team not prepared for the severe step up in class in the 3-0 loss, but I believe we get much better from them in the return match.

Five out of six losses to Tampa Bay this season coming by multiple goals doesn't exude confidence, but the Lightning have had some minor issues with playing at a high level consistently as they grind through this home stretch of the season.

Nashville's fighting for every point just to hold onto that final playoff spot in this division, and it feels much more like a good spot where they get at least one point with a regulation draw always a possibility here as well. 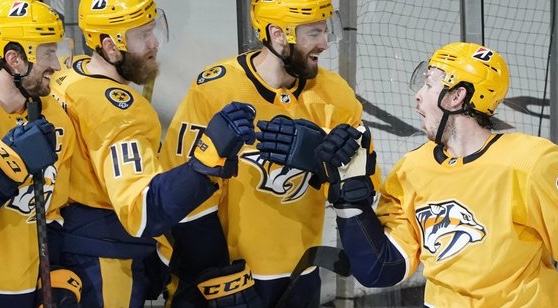 Nashville enters its home contest against Tampa Bay losing seven of its last eight games when facing the Bolts. (AP)

Tampa Bay travels to Nashville on Tuesday Apr. 13, 2021 for this Central Division game that is scheduled for 20:00 local time at the Bridgestone Arena.

Tampa Bay is separated from Nashville by 11 points in the divisional standings. The Lightning are +40 on the goal differential this season, while Nashville is -9.

The Lightning are on a current two-game winning streak, shutting out the Predators in their last game. Tampa Bay has won four of its last six games, and is 2-1 over its last three road games.

Nashville beat Dallas in its last game by the final score of 3-2. The Predators have won four of their last five games, with their only loss coming at home against Tampa Bay.

The Lightning beat the Predators 3-0 in their last meeting, which was just three days ago. Tampa Bay has won seven of the last eight games between both teams, with Nashville's last win coming a recent as Mar. 15, 2021.