Fourth straight meeting for these two teams playing out the string, and after a three-track meet that saw New Jersey go 2-1 SU and 3-0 O/U overall, I'm not sure we get the same energy from either side. Guys get sick of seeing one another this frequently - especially with nothing on the line -and it might be going through the motions time for both teams.

Had this been scheduled as a matinee I'd like that approach even better. But I'm expecting the market to be highly excited about this 'ver' because of those three 'over' results, and the fact that five of the six meetings between the two this season have gone 'over' the number. Always comfortable taking up the perspective to sit across that side of the table regardless of the situation, and when vacation dates are quickly approaching, every player loves a quick game. 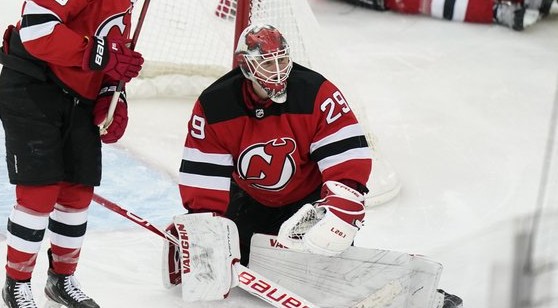 The New Jersey Devils have covered the +1.5 puck line in four straight games when facing the Philadelphia Flyers. (AP)

New Jersey is coming off of a 3-5 win over the Philadelphia Flyers, the second straight win against them. The Flyers are on a current two-game losing streak, and have lost four of their last six games.

The Devils have won three of the last four meetings against the Flyers. New Jersey has covered the puck line (+1.5) in four straight games when facing Philadelphia, while the goal total has gone OVER in four straight meetings too.