With room to breathe now in terms of their playoff spot, I'm not sure Montreal cares whether it's a No. 3 or No. 4 seed, they're in and any team can get hot in the playoffs. Three wins over Toronto already this year, including a 3-2 OT win on the weekend is proof enough inside that Montreal dressing room that they'll be just fine in a playoff series with Toronto if that's how it plays out.

The Jets' schedule is a lot easier so Montreal's likely the No. 4 seed anyways, so why show anything or strain yourselves in the second of a back-to-back against your future first-round opponent? This puts Montreal in an easy fade role the rest of the regular season.

Toronto's last game was that OT loss to Montreal, and getting revenge couldn't be served up in a better spot for the Leafs. They should get it with ease. 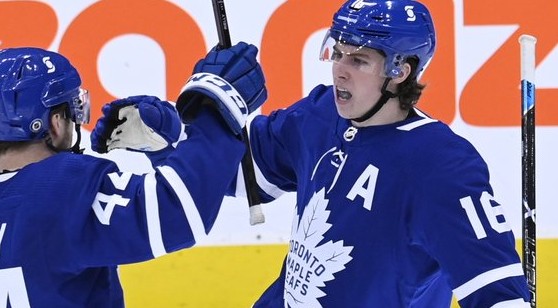 The Montreal Canadiens have seen the underdogs win the second period in three of their last four games (AP).

Montreal won the last meeting and has covered the +1.5 puck line in three of the last four meetings. The goal total has failed to go OVER in four straight games played between the two clubs.