Borussia Dortmund were hardly humiliated in their 4-2 aggregate exit to Manchester City in the Champions League quarter-finals, but they face a huge uphill battle just to qualify for next season’s competition.

They are seven points away from fourth with only six games to go.

Werder Bremen have lost four in a row and should pose few problems, however, and one man who could continue to improve his growing reputation is 17 year-old English midfielder Jude Bellingham.

The former Birmingham City player opened the scoring in midweek against Man City, scored Dortmund’s first in their 3-2 win against Stuttgart in their last league game and also had a goal very harshly chalked off by VAR in the first leg away to City. 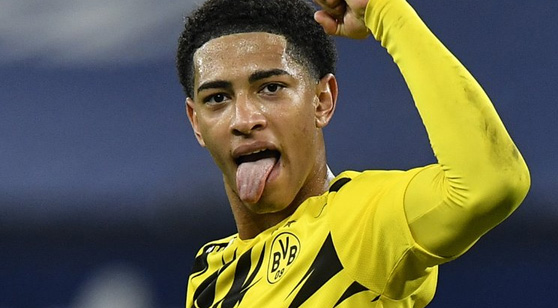 Jude Bellingham has looked sharp for Borussia Dortmund and he's got generous odds posted on him to score goals on Sunday. (AP)

Dortmund sits in fifth place of the Bundesliga with 46 points, seven behind fourth place Frankfurt. The club has gone 7-2-4 at home while outscoring opponents 28-16.

Werder Bremen holds the 13th position on the table with 30 points, despite losing four straight league games. Bremen has managed a respectable 4-5-5 record as visitors in league play and the defense has been better than expected.

Dortmund has won the last two league meetings between the pair, which includes a 2-1 victory at Bremen on Dec. 15, 2020.

ESPN+ subscribers can watch Borussia Dortmund vs. Werder Bremen on Sunday plus plenty of other action in the Bundesliga this season.

As far as the bookmaker's are concerned, Dortmund is a very healthy home favorite.