Let’s dig into the most intriguing matchups and predict the winners.

With the UFC packing a full night of fun fights into one night this Saturday, let’s break down each matchup and predict the winners of UFC 262 based on the X-factors.

Starting off from the top of the card.

This is the wrestler vs. the submission-specialist, except for the fact that both guys are very familiar with the striking game.

Both guys have a pressuring style, and always take the center of the octagon against their opponents. It’ll be fun to see who gets to be the bull here.

Chandler’s power is incredible, and he has serious fight-ending power in every punch he throws. However, that power comes at a cost. Oliveira seems like the more composed out of the two, as Chandler’s aggression leaves him vulnerable to being countered hard.

Furthermore, Oliveira is comfortable everywhere in this matchup, whereas Chandler definitely wants to remain standing.

X-factor: Chandler shoots for takedowns when he’s tired, and Oliveira has a slick guillotine choke.

Chandler will start looking for that overhand punch, but Oliveira has way more ways to win here.

For that reason, I think Oliveira will be the new lightweight champion this Saturday. 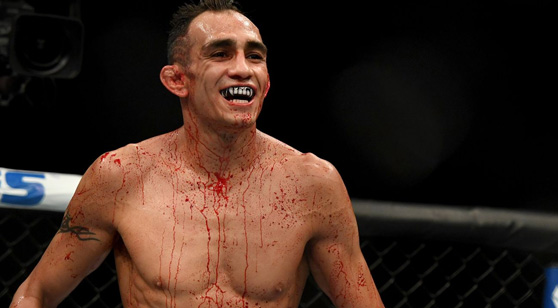 UFC veteran Tony Ferguson will be looking to get back on track this Saturday after losing back-to-back fights. (AP)

Dariush is coming into this fight on a 5-fight win streak, whereas Ferguson is on a 2-fight skid.

Ferguson wants to keep this fight standing, whereas Dariush might end up implementing a grappling heavy gameplan on Saturday night.

Personally, I think Ferguson is nearing the end of his UFC career, and his last two outings haven’t been pretty for ‘El Cucuy’.

Dariush is really hitting his stride in his career, and might’ve only just entered his fighting prime.

If Beneil doesn’t get completely overwhelmed by Ferguson, he’ll probably start pulling away on the scorecards as the fight progresses.

Ferguson’s lacklustre takedown defense was exposed in his last outing, and Beneil could ride this out to a unanimous decision with his grappling.

The volume striker vs the power striker.

OK, Araujo is probably not a legitimate ‘power striker’, but the key here is the difference between the punching power of these two. Chookagian always adopts a very cautious point-fighting style, where her goal is to take her opponents to a decision where she hopes she can win.

The same can’t be said for Araujo.

While Araujo doesn’t have a highlight reel of KOs to boast about, she does have a stronger presence in the cage compared to Chookagian here, and I think that’ll be everything in this fight.

X-factor: Determination and grit of Araujo.

While Chookagian might pull ahead on strikes landed, most of her strikes are so insignificant that they won’t have an effect on the scorecards. Araujo can land the fewer, but more significant strikes, to easily steal the rounds. 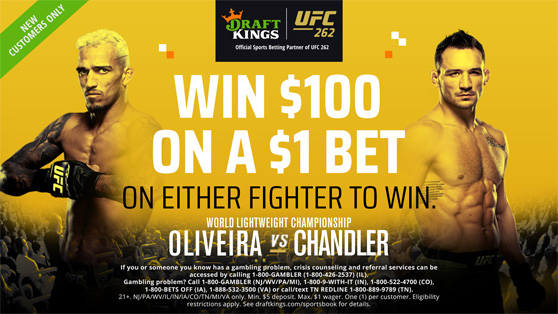 A great fight to start a great main card.

Barboza faces his big test after moving down to featherweight from the division above.

Shane Burgos is the definition of a brawler. He just comes forward like a zombie and never stops no matter how hard you hit him.

Barboza is kind of the same style of fighter, but he adopts a more technical approach once in the cage. He picks his spots more carefully, and has some of the best kicks in the entire UFC.

X-factor: The many different looks of Edson Barboza.

While many may disagree with me, I think that Barboza is such a gifted striker that he shouldn’t be anything under pick’em odds against another striker.

He has insane kicks and punching combinations that overwhelm even the likes of Dan Hooker.

I also want to point out that Burgos has been in this exact matchup before, against Calvin Kattar, a brawler with a technical edge over him, and he came up short in that fight.

Sure, that was his UFC debut, but the guy hasn’t really evolved since.

Barboza has that veteran experience, and knows exactly what he can do.

For me this is a matchup where one guy is just obviously better than the other.

Positive strike differential for Schnell, along with a 3-inch reach advantage means a lot here.

X-factor: Bontorin fought only a month ago, where he was knocked out in the first round.

Both guys are quite well-rounded UFC fighters, but there are many statistical advantages that spell trouble for Bontorin. Furthermore, Bontorin coming into this fight off a KO is a red flag for me. You need time to heal from stoppage losses, mentally and physically, as we’ve seen proof of historically.