The Iowa Hawkeyes host the North Carolina Tar Heels in a huge ACC/Big Ten matchup on Tuesday night. North Carolina looks to get back on track after a close loss to Texas, while Iowa looks to extend its winning streak to four.

UNC has been impressive thus far, despite the loss to Texas which came on a buzzer-beater. The Tar Heels are 2-0 SU when playing as the road team, but the O/U has been the consistency in UNC's betting. The UNDER has hit in all four games the Tar Heels have played in, but now face a high scoring offense with a lackluster defense in Iowa.

Garrison Brooks is the leader of this UNC team, and the top Tar Heel on the current Wooden Award odds list. He is averaging a near double-double, while freshman R.J. Davis leads the team in points per game (12.3).

Armando Bacot and Caleb Love are both averaging 11 points per game, with Bacot averaging about eight rebounds per game. UNC has seen support from its underclassmen so far, while Brooks provides the experience and leadership needed. 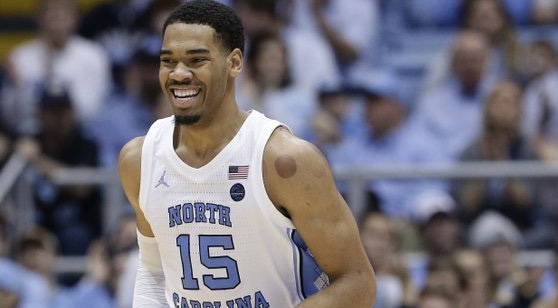 Iowa is a perfect 3-0 this season, although missed covering in one of the three. The Hawkeyes play around Wooden Award favorite Luka Garza (-305), who is averaging 34 points and about 10 rebounds per game. Garza saw his Wooden Award odds go from +100 to -305 over the weekend.

Iowa's offense is averaging about 100 points per game this season, which ranks sixth out of 301 schools that have played thus far (349 total schools not including the Ivy League). Their offensive rating is also top five within the country, but the stats need to be taken with a grain of salt.

The Hawkeyes have yet to be tested this season, beating North Carolina Central, Southern and Western Illinois. Southern is a favorite to win the SWAC, but none of those three schools match what the Tar Heels will bring. The concern for Iowa is the amount of points they've allowed to lower-tiered schools, allowing 67 per game which ranks 114th.

Inside the Stats – UNC Tar Heels

It's tough to gauge Iowa due to the lack of competition so far, but playing at home against a young UNC team is an ideal environment for the school's first big test. It's also tough to bet against Garza at home, as the Hawkeyes have won 16 of their last 17 games at the Carver-Hawkeye Arena.

Garza has also scored 20 or more points in 21 of his last 22 games, so expect another productive night from Garza (which should at the very least keep Iowa within reach). UNC also tends to struggle on the road, losing five of its last six road games dating back to last season.

The safe bet is to take the home Hawkeyes to win, although its also tough to ignore the 0-4 O/U from UNC this year. Between the two, Iowa still presents the better bet, as the Hawkeyes offense and lack of defense might see UNC go OVER the point total for the first time this season. Besides, they're due.