Memphis has the edge in this NIT quarterfinal matchup as a four-point favorite. The total line for Thursday’s 9 p.m. (ET) tip has been set at 143 points.

The Tigers made a strong case for a NCAA Tournament bid as the third-best team in the AAC. Their only two straight-up losses over their last 10 games came against Houston. While Boise State played a tough schedule as well in the Mountain West, I am taking Memphis and laying the four points in this matchup.

The top play on the total line is the UNDER on the 143 points. Look for each team to lean on its defense a bit heavier this Thursday night.

Memphis has shown some solid consistency in its playing form going back to late-February after an extended pause that month. The Tigers also got a strong effort from their best players in Saturday’s double-digit victory against Dayton in their NIT opener.

This is the type of momentum that could carry this team all the way to the NIT title. The Broncos had their hands full with SMU in their opening round matchup after closing out the season on a SU four-game losing streak.

The close one-point call against the Mustangs does not instill all that much confidence in Thursday’s tilt against a much stronger AAC team. 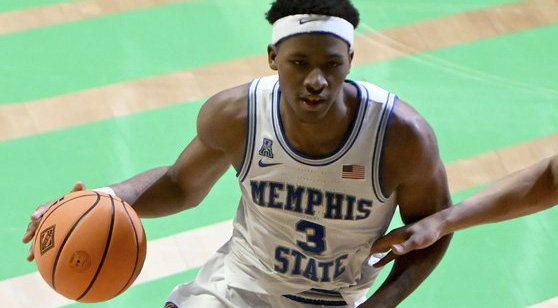 The Memphis Tigers are arguably the most talented team remaining in the NIT and they're favored in Thursday's quarterfinal matchup. (AP)

Memphis has been able to cover against the spread in its last seven games. It went 17-5 SU this season closing as a favorite. It was 4-3 ATS in seven previous neutral-site games this season.